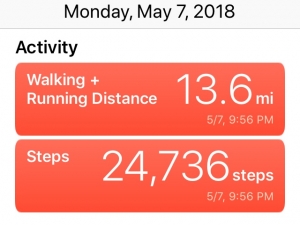 I did what? Really? Wow. Well, I don’t know about you, my friends, but, after all that, I sure could use a seat and a beer (or two). Whaddya say we hit the Capitol Lounge? 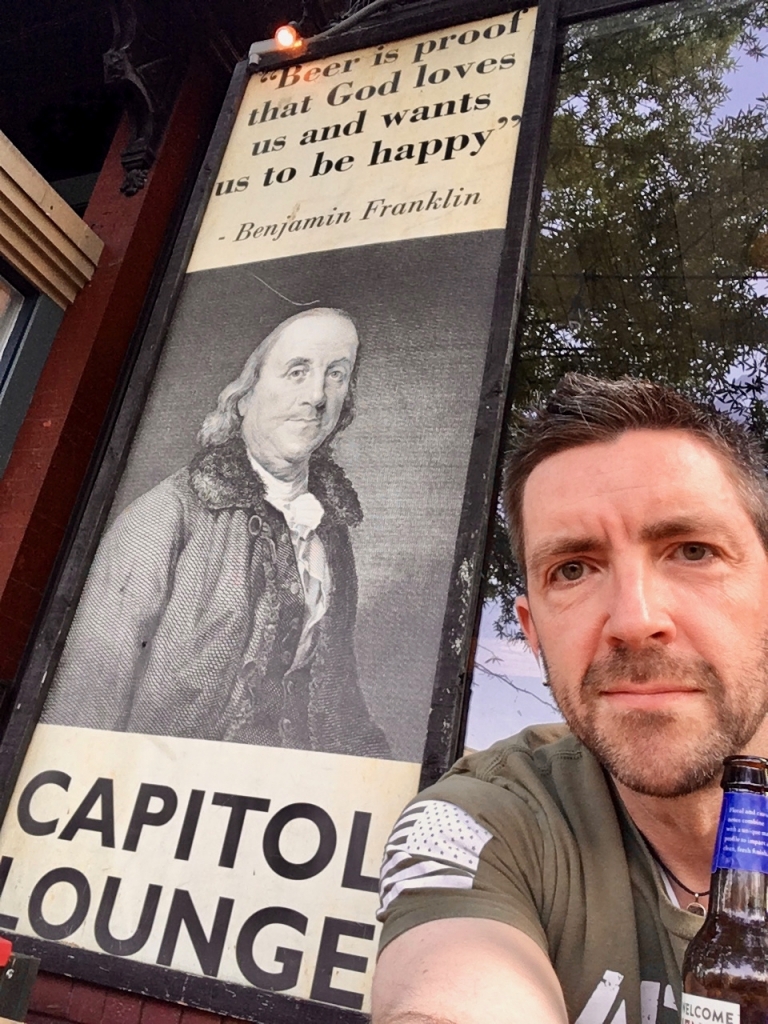 While I would suggest to Mr. Franklin that the current state of affairs in America indicates that either there is no God or, if there is, he does not, in fact, love us, I nonetheless share my fellow Philadelphian’s reverence for a frosty brew. Cheers, Ben. 🍻

As I sat there downing a cold one (mighta been two), I contemplated the significance, magnitude and enduring legacy of the people whose monuments and memorials I had visited that day, and found myself once again convinced that truth, justice, and bona fide patriotism ultimately will prevail and wash away the disgusting stain of Donald Trump’s aberrant presidency … and so I tweeted this:

The good guys are going to win, folks. Believe it. There are people here who take seriously the oath they swore to support & defend the Constitution… and they are deeply offended by this bullshit. It will not stand. America will rise again. pic.twitter.com/VuNMjA2xkW

At the time I typed it, the people I had in mind included Special Counsel Robert Mueller, F.B.I. Director Christopher Wray and Deputy Attorney General Rod Rosenstein, the latter of whom, just a few days prior, had been asked about efforts by spineless, hyper-partisan, GOP hacks to impugn both his character and the integrity of the Department of Justice as a whole. He responded thusly:

“There are people who have been making threats privately and publicly against me for quite some time, and I think they should understand by now [that] the Department of Justice is not going to be extorted. We’re going to do what’s required by the rule of law, and any kind of threats that anybody makes are not going to affect the way we do our job.

“We have a responsibility and we take an oath,” he continued. “That’s the whole point when you take these jobs. You need to be appointed by the president and confirmed by the Senate, and that actually is a pretty thorough process … and then you raise your right hand and you swear an oath to support and defend the Constitution of the United States against all enemies foreign and domestic, you promise to bear true faith and allegiance to the same, and that you take this obligation freely without any mental reservation or purpose of evasion, so help me God, and that’s your responsibility. Everybody in the department takes that oath—we have 115,000 employees—and if they violate it, they know they’re going to be held accountable, and I know that those folks know that I’m not going to violate my oath.”

The words he said and the conviction with which he had said them gave me chills at the time and further convinced me that, though the wheels of justice may turn more slowly than I would like, they ultimately will catch up to Donald Trump and the criminal swine with whom he surrounds himself. Of that I am confident.

That’s the mindset I was in while composing the aforementioned tweet … but what happened next gave far deeper meaning to the words I had chosen.

Upon polishing off my beer (OK, it was two), I began the short walk back to my hotel, and had traveled only a handful of footsteps before encountering civil-rights legend John Lewis, a man whom I hold in such high regard that I could barely believe my good fortune. 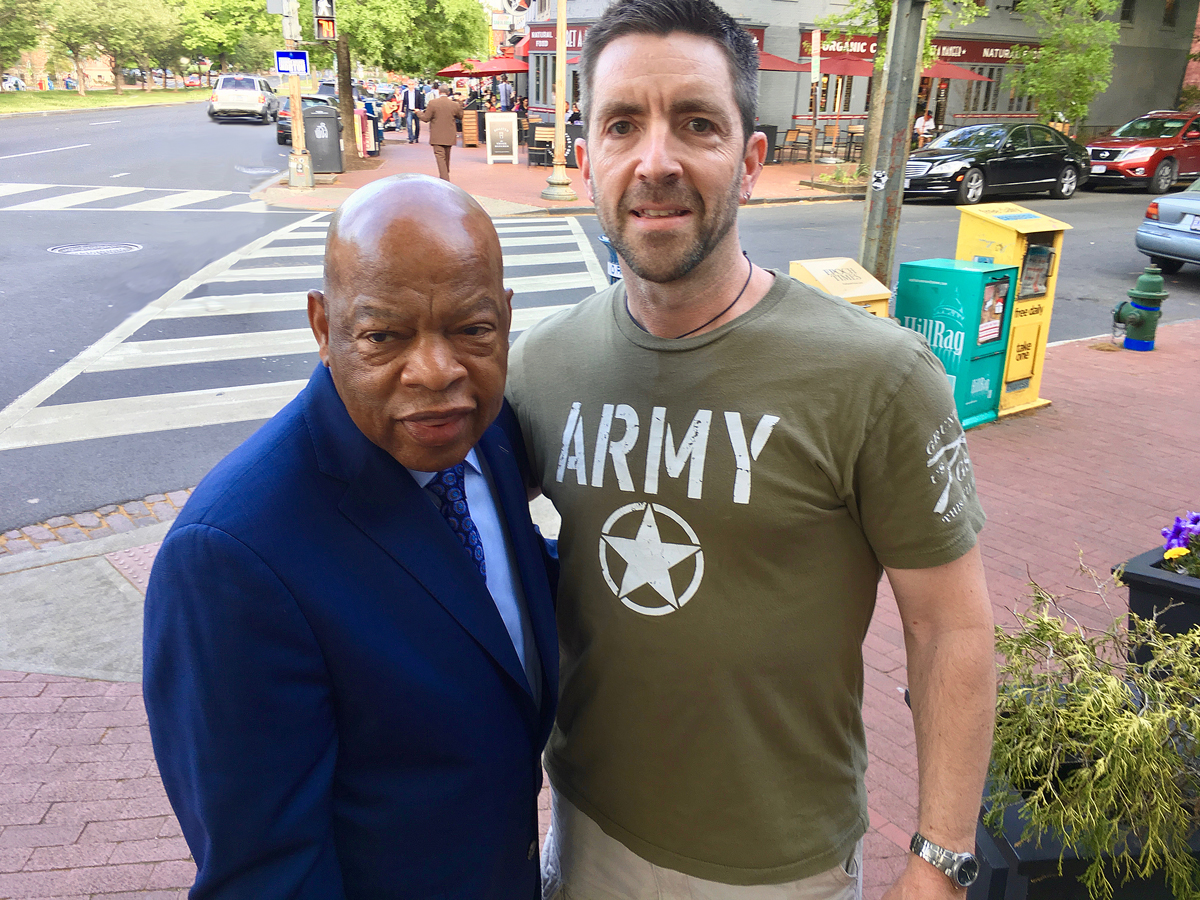 After introducing myself, handing him my business card and explaining that I had written about him earlier this year, I told him how much I admire the amazing work he has done for so long now, and thanked him for continuing to fight on behalf of the American people. The congressman responded with the same kindness and graciousness for which he is known, and I could not have felt more lucky or grateful than I did while shaking his hand and speaking to him in person. It is a moment I will never forget, and I took it as a sign that my faith in America and my optimism about its future is not misplaced.

Our country will persevere not only because of those in the Justice Department who are rooting out and exposing the crimes and corruption of Trump’s malignant presidency, but, more importantly, it will persevere because of inspiring leaders like Congressman John Lewis, who literally has laid his body down in pursuit of fairness and equality for all of our nation’s citizens.

It will persevere because of people like Senator John McCain, who spent his entire adult life in service to America, and whose funeral this weekend reminded us of what the United States should and can once again be.

It will persevere because there are more of us who are inspired by the likes of the aforementioned leaders and the principles for which they stand than there are those who believe that nationalism is patriotism, that empty bombast and fear-based hatred are signs of strength, and that preferential treatment for the few at the expense of the many is an acceptable way to govern a country founded upon a doctrine of equality for all.

It will persevere because it must … and we will see that it does because that is who we are.

If anyone needs me, I’ll be over on my other account. (Sparing you non-#RedSox fans.) 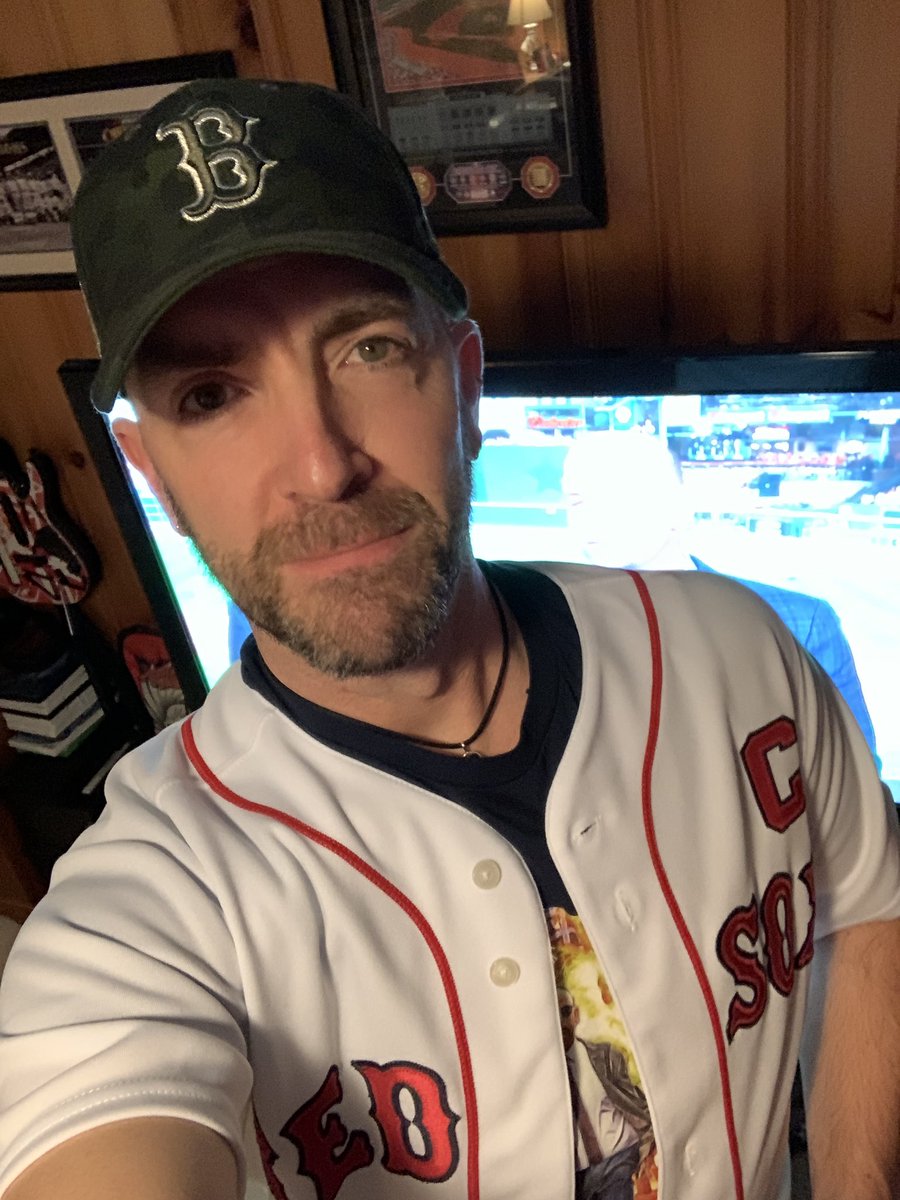 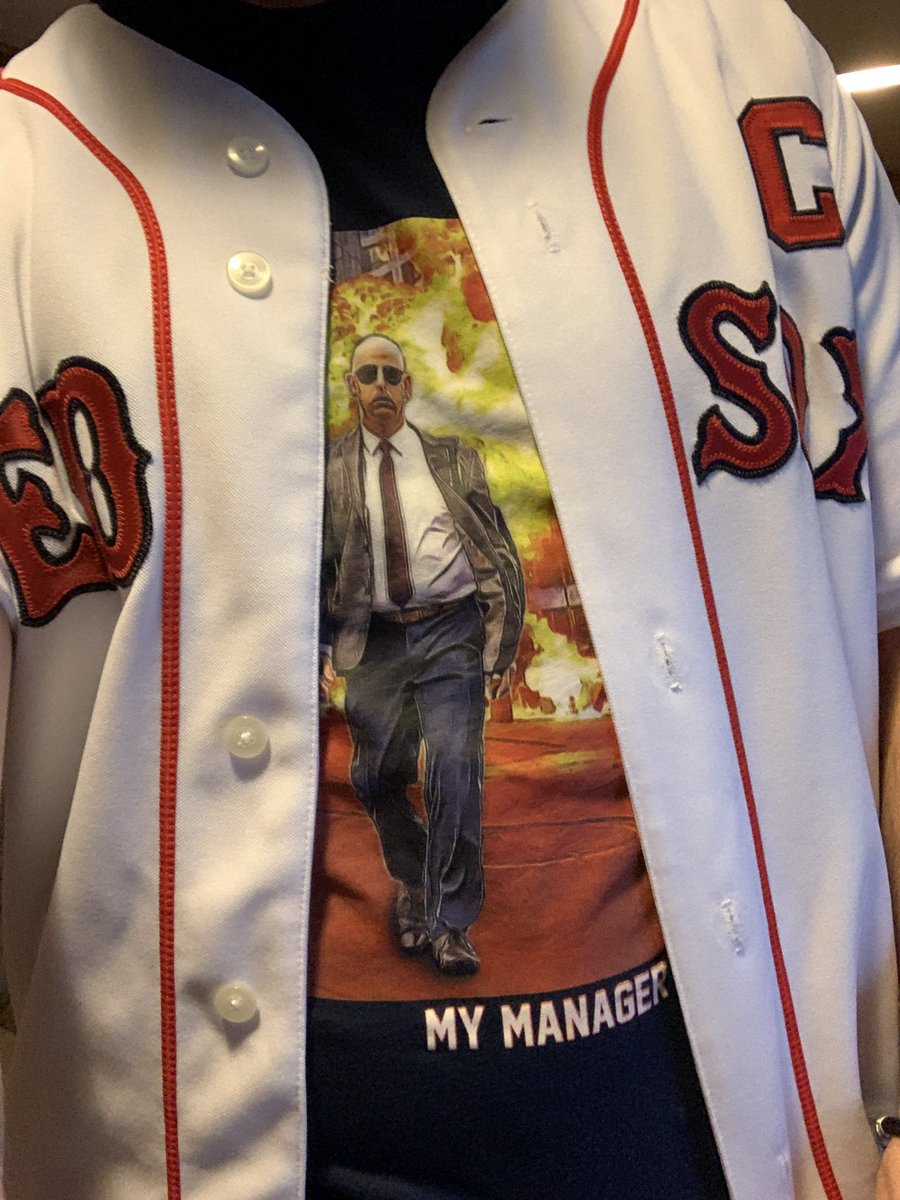 Literally every ocean-cruise advertisement looks like a commercial for Hell.

Remember when the Army went into to Panama to get Noriega, and he holed up in his compound, so they set up speakers and cranked metal music at him for a week until he surrendered? He’d have given up in 10 minutes if they’d just used that fucking “Kars for Kids” jingle instead. 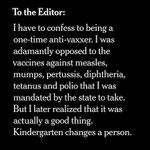