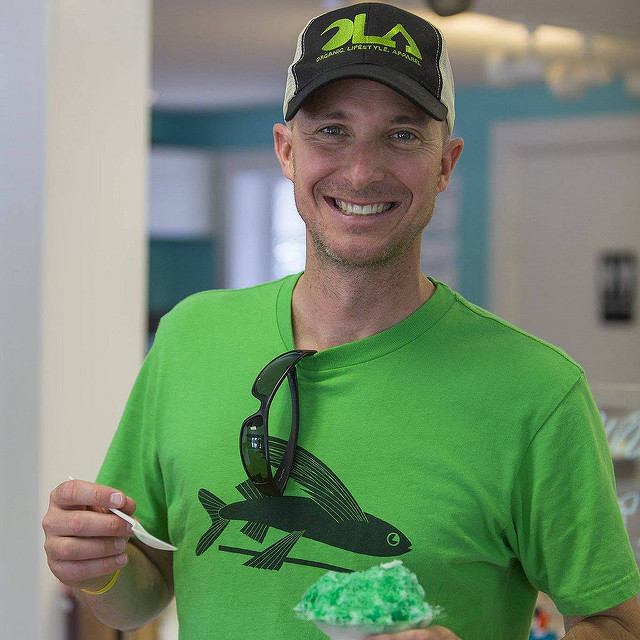 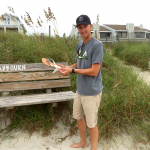 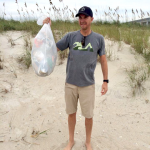 I originally published this piece three years ago today. I am re-upping it now both because of that anniversary, and because my dear friend Sam was from, and loved, the area currently getting hammered by Hurricane Florence. He was an environmentalist and a self-appointed steward of Wrightsville Beach who, among other things, organized trash cleanups there, and who even launched a green apparel line (Organic Lifestyle Apparel) that, in part, benefits his local chapter of the Surfrider organization, which “is dedicated to the protection and enjoyment of the world’s ocean, waves and beaches through a powerful activist network.” If you are able and so inclined, please consider contributing to that non-profit, and/or to the Red Cross, which will be doing critical work to help people affected by the hurricane.

I called him “Shep,” like, at least two or three times before finally realizing that I’d misremembered (yes, that’s a word now) his last name; it was “Sam Shelby,” not “Sam Shepard.” It was our first day working together, and there I am, calling him “Shep” … repeatedly … because I’m a douche. Of course, when I finally realized (with no small amount of embarrassment) the mistake I’d been making, Sam merely laughed it off and took it upon himself to make the moment far less uncomfortable and awkward than I deserved for it to be … because that’s just who he was.