The game of baseball has become a major part of my family’s life … which, based on the following photo, should come as a surprise to no one. I mean, let’s face it: when your background includes playing on a team of this caliber, your family is pretty much guaranteed a baseball-rich life: 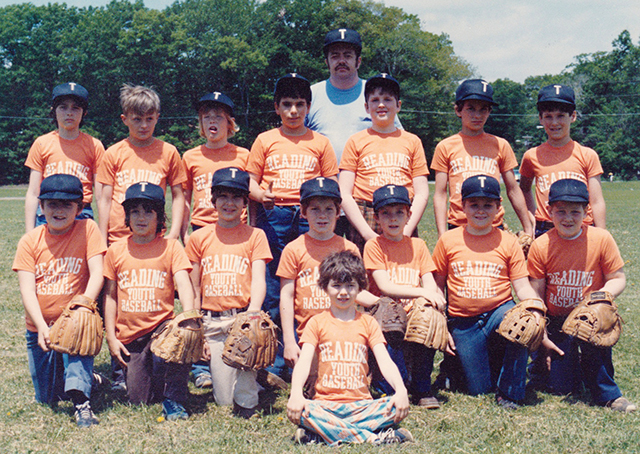 I’ll point myself out in a moment, but first: How ’bout that coach, huh? He makes Morris Buttermaker look like Anthony Robbins. Of course, in his defense: Look at the collection of misfits he had to work with. I would suggest that his lack of enthusiasm was well justified.

And now, if you look closely, you’ll notice a teensy, tiny, action-figure-sized lad tucked amongst all those regular-sized boys: 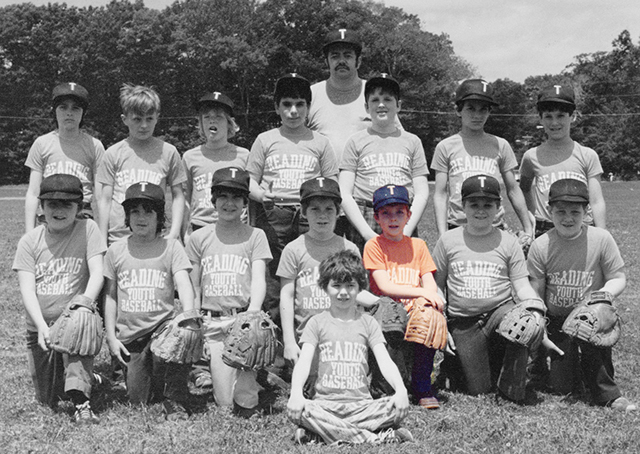 Let’s zoom in, shall we? 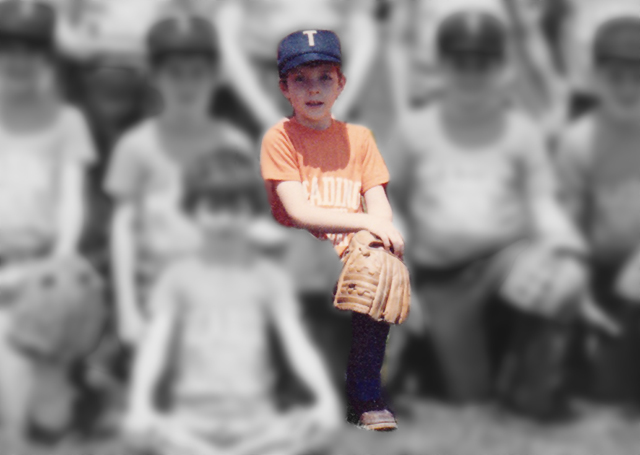 Yes, as if playing on a team whose name was “Topeka” and whose uniform included jeans wasn’t bad enough, I rounded out my ensemble with that highly regarded athletic shoe known as the “brown loafer.” Perfect.

All of this to say: I was not much of a ballplayer as a child. Back in those days, I didn’t follow the Red Sox — or any other team, for that matter — and, as such, I didn’t much care about participating in the sport … which I’m sure explains my complete and utter lack of a single exciting or glorious (or even marginally pleasant) memory of my Little League years.

Of course, the irony in all of this is that, later in life, I became a huge baseball fan, spawned a son who is completely taken with the sport, and have now coached his teams for the past six seasons.

And speaking of my son: How old do you think I am in that photo above? Six? Seven, perhaps? No, I’m NINE. Nine years old. I was the first-ever human chihuahua. This, meanwhile, is my own 9-year-old son: 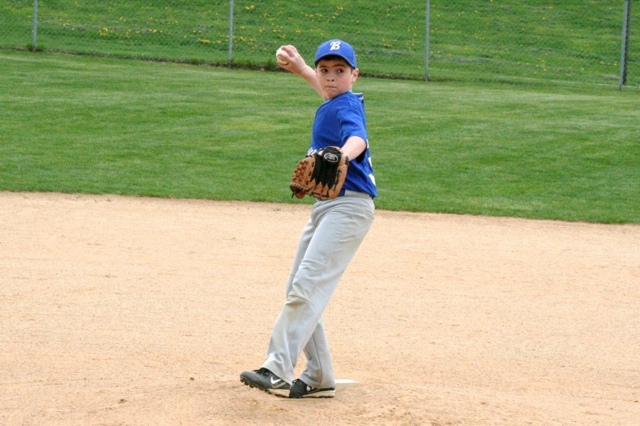 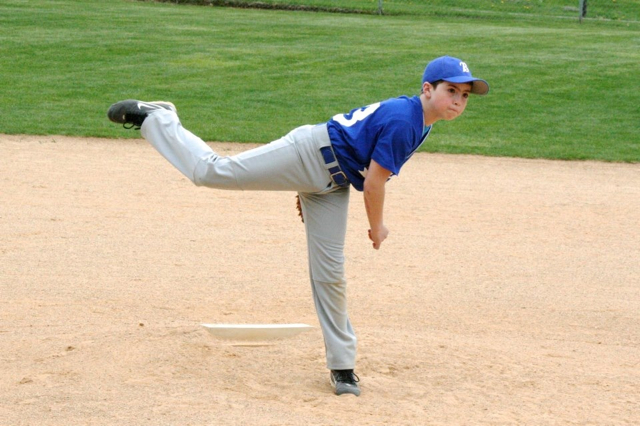 So, yeah … he’s a bit more awesome than I was at his age.

Of course, when my son looks at me, he doesn’t see that little pipsqueak up there in the jeans and the doll-sized brown loafers; he sees Coach Daddy, the Baseball Guru who has helped shape him into what, for his age, could accurately be described as an above-average player.

And now Coach Daddy has gone and done something potentially stupid that could expose me for the charlatan I am.

While recently attending the annual Little League gala, I was talking to the other guy with whom I coached my son’s team this spring. During our conversation, he mentioned that he did not yet have a partner for the league’s upcoming Moms & Dads Home-Run Derby.

“You don’t have a partner yet?” I replied, surprised that he hadn’t already teamed up with one of the other dads. “I’ll totally do that with you, dude.”

He walked over to the signup book, placed our names on the list, and then returned to where I was standing. “You never answered my question,” he said.

I left it at that. Why ruin his night and tell him that he just paired himself with the miniature kid from that barn-burning 1979 Topeka team?

And so, this coming Saturday, in a desperate bid to heal some of the wounds from my childhood, I will be stepping up to the plate with a bat in my hand and will quite possibly humiliate myself to death in front of a crowd of people who for three seasons now have somehow been tricked into believing I’m a half-decent baseball coach. Also on hand will be many of the players I’ve coached and hope to continue coaching … most notably my son. I’m guessing they, and he, will have less interest in taking baseball tips from a guy who can’t actually, you know, hit a baseball, right?

I can’t decide if my time between now and this weekend would be better spent taking batting practice or searching my insurance plan for a mental-health provider who can help coax me out of the fetal position on Sunday.

Yes, I promise to post a full report … no matter how tragic the outcome may be. Because why relive the horror of my youth within the privacy of my own little world when I can instead share my humiliation with the Internet?