Now here’s what really happened: A majority of Americans cast their ballots for Democratic candidates in what was nothing short of a nationwide repudiation of Donald Trump, who had urged people to vote as though he himself was on the ballot … and we did. Wish granted, pumpkin.

Make no mistake: The 2018 midterms will go down in history as the point at which Trump’s aberrant and malignant presidency finally was contained. It is the point at which American democracy wrestled itself free from the stranglehold placed upon it by an unfit conman and the obsequious, greedy, racist party that has been all too happy to help him do the strangling.

The importance of the Democratic party reclaiming the United States House of Representatives can not be overstated. Build the wall? Nope. Repeal and replace? Fuck that noise. Too soon to talk about gun control? Not anymore.

No, Trump’s spastic, unfocused, built-on-a-whim legislative agenda — which, during the first two years of his presidency, has yielded nothing except an ill-advised, deficit-ballooning, reverse-Robin Hood tax cut — is now officially dead. Sayonara. Thanks for playing. Don’t forget to grab a gift bag on your way out.

Of course, beyond the legislative implications of last Tuesday’s Democratic victories, there also are the investigatory implications. The House Intel Committee, whose faux Russia investigation was simultaneously headed and obstructed by Trump sycophant Devin Nunes? Yeah, we’re gonna go ahead and reopen that under the auspices of new committee chairman Adam Schiff, with assistance from prosecutorial pitbull Eric Swalwell … or, as I like to call him, “Not Trey Gowdy.”

Lock her up? Not unless by “her” you mean “Ivanka.”

No, despite what Racist Grandpa said during his delusional and unhinged press conference last Wednesday, the 2018 midterms were not remotely close to being a “complete victory” for him or his grotesque Republican party.

I know, I know: They picked up a seat or two in the Senate, Beto lost to a guy less likable than a weeping herpes sore, and, as of right now, neither Andrew Gillum nor Stacy Abrams appear to have won their bids for governor (though, contrary to what was called on Election Night, neither race has yet been decided). The reality, however, is that the Democrats weren’t expected to take control of the Senate, Texas is still Texas (but a lot less Texas-y than it was before), and much of the South still wishes the Confederacy had won. Be that as it may, last week’s election marked the Democratic party’s biggest pick-up in the House since Watergate, and the very real blue wave that washed dozens of Republicans out of the lower chamber also washed over many state-level elections.

Here in Pennsylvania, for example — one of three swing states where Trump barely eked out an Electoral College victory thanks to what, at the time, was (but no longer is) an electoral map heavily gerrymandered in favor of Republicans — my vote helped replace the white-male Republicans in my U.S. congressional and Pennsylvania house seats with new U.S. Congresswoman Chrissy Houlahan and new PA State Representative Melissa Shusterman. 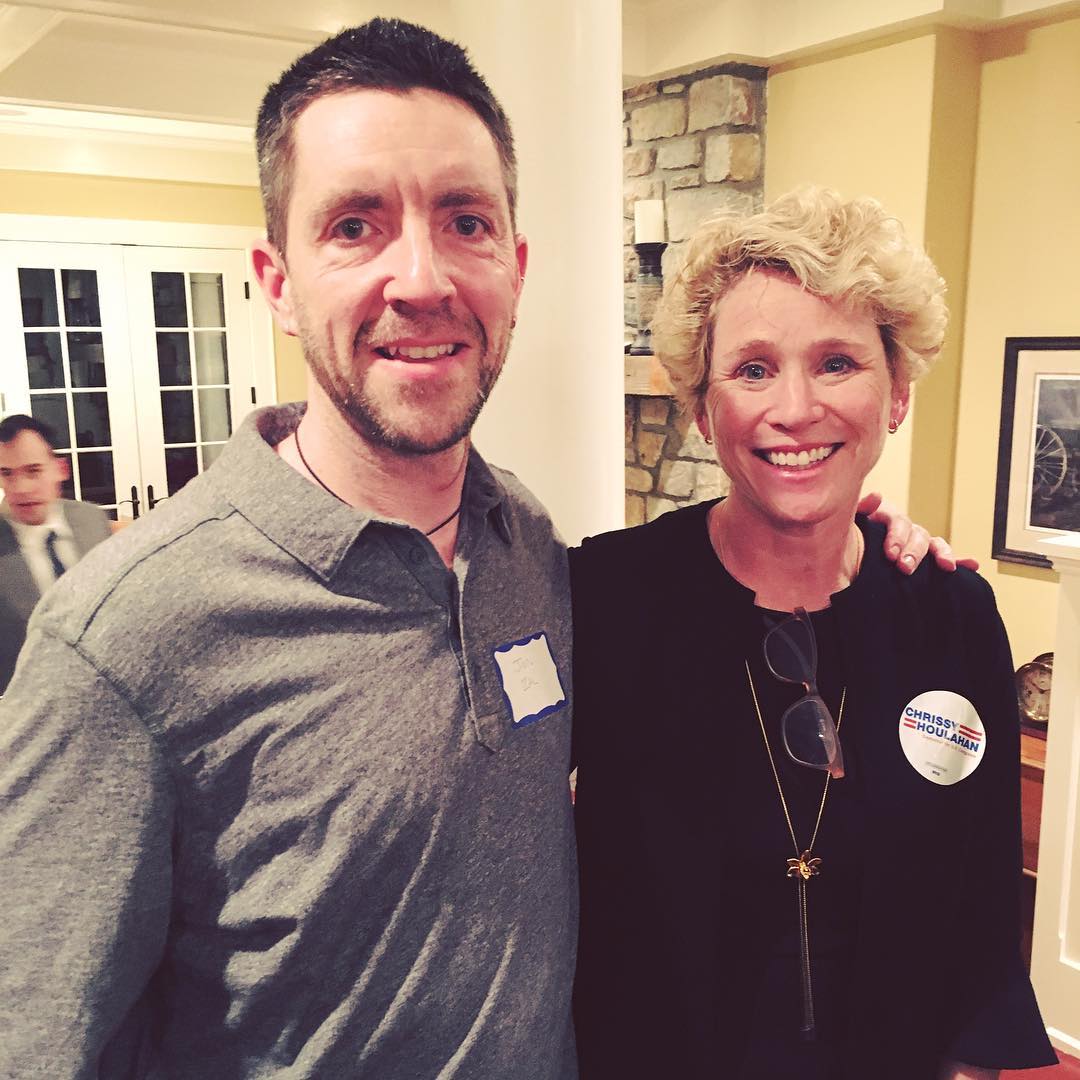 Congresswoman-elect Houlahan is one of four women who will be heading to Washington D.C. as part of what previously was Pennsylvania’s all-male congressional delegation, and Representative-elect Shusterman is part of a state-level Democratic shift that, in addition to netting 10 new seats in the PA House, has now broken the Republican party’s supermajority in the PA Senate.

Need some more blue-wave evidence? OK, here goes: In addition to holding on to a net total of all but one or two of the 26 Senate seats they had to defend (versus just nine that the Republicans had in play), Democratic candidate Kyrsten Sinema flipped outgoing Republican Senator Jeff Flake’s seat in Arizona, a state that hasn’t had a Democratic senator in more than 25 years.

Meanwhile, back at the state level, Democrats held on to all seven of their contested governorships; defeated incumbent Republican governors Chris “I Love Voter Suppression!” Kobach of Kansas and Scott “So Do I!” Walker of Wisconsin; flipped more than 300 state legislative seats; reclaimed the majority in seven statehouses; and secured trifectas in three states.

More? Fifteen House Republicans with an “A” rating from the NRA lost, and all 15 were replaced by Democrats with an “F” rating.

Still more? Of the 33 candidates President Tweets-a-Lot endorsed on Twitter, 21 of them were defeated. (I’ll say it for you, Rick Wilson: “Everything Trump touches dies.”)

Yes, Trump is still president. Yes, Republicans still control the Senate. Yes, a Trump-friendly political operative is now overseeing the Special Counsel’s Russia investigation and a Trump-friendly judge credibly accused of attempted rape now sits on the Supreme Court. So, I get it: All of that darkness makes it difficult to see just how large was the blue wave that swept across the country last week. But trust me: It happened … and America is incalculably better off for it.