But the third-act explosion of justice I’d been certain was coming? It never arrived. Oh, sure, the explosives were right there, all wired and ready to blow the whole criminal enterprise out of the water … but when the moment of detonation finally came, this corrupt little toad hopped into the frame and did just what everyone knew Trump had hired him to do: he snipped the det cord and covered the TNT with a tarp emblazoned upon which were the words “Nothing to See Here.”

Embed from Getty Images
Attorney General Douche ex Machina
I left the theater crestfallen, my friends. Crestfallen. In fact, so disheartened was I by how thoroughly and effectively Barr had castrated the Mueller report — a document that, by all rights, should have led to Trump’s immediate impeachment — that I never even finished the post I had begun writing at the time. I present to you now that unfinished work, followed by some highlights from the unexpectedly uplifting sequel.
* * *
Confession: I had long expected the day on which Robert Mueller finally turned in his report to be a day of celebration for those of us who care deeply about America and are disgusted with and embarrassed by the dishonor, disrespect, and intentional malice with which Donald Trump and his coterie of cult-like sycophants have defiled the presidency, undermined our democracy, and turned the United States into an unreliable ally and general menace on the world stage.

Instead, Attorney General William Barr — a man who auditioned for his job by sending Trump’s lawyers an unsolicited memo in which he described as “fatally misconceived” Mueller’s investigation into whether Trump obstructed justice — did exactly what anyone who’s been paying attention knows Trump hired him to do: He thoroughly defanged Mueller’s report and gave Trump the upper hand in the court of public opinion.

And so, instead of finally learning what Mueller and his team determined over the course of their 22-month investigation, we received a Post-It note from Barr in which he basically said “Imma get back to you ’bout this report, but it’s pretty much Fake News, so, you know … MAGA, y’all!”

Of course, the actual contents of the report won’t matter to Trump’s cultish supporters, the defining characteristic of whom is their singular ability to reject reality and redefine everything in such a way that an ignorant, angry, draft-dodging, corrupt, dishonorable, disrespectful racist with no discernible skills other than a knack for selfishly promoting his own name and whipping fellow ignorant, angry racists into a frenzy, is the “best president ever.” Believe me. Many people are saying it … people who, by and large, watch Fox News, a drool-soaked propaganda network that recently ran a chyron reading “Trump cuts U.S. aid to 3 Mexican countries.”

And so, the moment many of us had hoped and thought would arrive like a bolt of lightning accompanied by Valkyries riding upon winged horses of justice who would drag the entire Trump family kicking and screaming from the people’s house has instead landed with a slimy, wet, anticlimactic thud.

So, yeah, after very much believing that Mueller’s investigation would lead to Trump’s impeachment (as well it should have), I instead was forced to accept the maddening, almost-inconceivable reality that the guy who had openly committed treason to steal the American presidency, and who then had tried to use his presidential powers to obstruct an investigation into the matter, was going to get away with it. All of it. End scene. Roll credits.

You see, if Donald Trump was a minimally functional human who possessed even the slightest modicum of self awareness and who was capable of even the tiniest sliver of rational thought, that might have been the end of the story. Here’s the thing, though: Donald Trump is a barely human, deeply flawed, cripplingly moronic, lifelong criminal incapable of behaving in anything other than a dishonest manner because lying, cheating and stealing his way through life is all he’s ever known … which is why literally the day after Robert Mueller testified before Congress about Trump’s clearly impeachable offenses, President Fuckface McTreasonweasel — a man who seemingly had just gotten away with both using foreign assistance to steal the American presidency a first time and abusing the power of his office in an attempt to cover it up — had his now infamous phone call with the president of Ukraine, during which he abused the power of his stolen office to leverage foreign assistance in an attempt to steal said office for a second time.

But that’s not all!

Whereas the original “Stupid Watergate” was mostly a backward-looking investigation into the behavior of a former presidential candidate, the “Stupid Watergate 2” sequel is a real-time crime spree by a sitting president that features: Whistleblowers! Secret servers! Public confessions! A crazy attorney running a shadow State Department! A Secretary of State, Attorney General and Chief of Staff caught redhanded participating in blatant corruption and assorted criminal fuckery! And, yes, I shit you not: Soviet-born henchman, arrested as they were literally boarding a plane to flee the country! 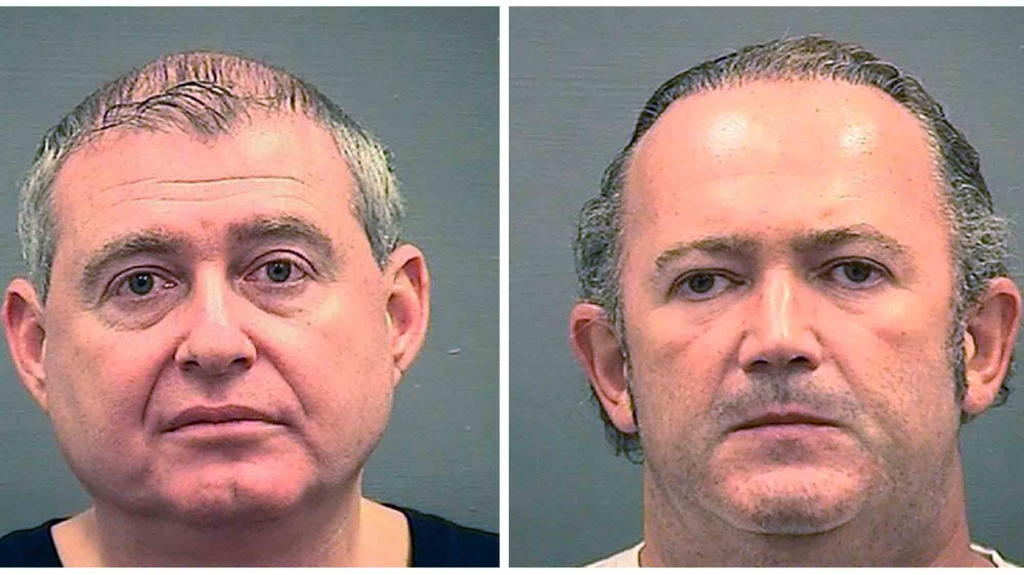 Laughing-so-hard-I’m-crying emoji, amirite? I mean, how is any of this even real?

My friends, if your favorite genre of cinema is Political Thriller, then “Stupid Watergate 2” is for you. It is a stunning tale not only because of its intrigue, treachery, and unprecedented Constitutional violations, but also because of its unrivaled ability to leave you wondering “What in the actual fuck were they thinking?”

I know, I know: the Republican-held Senate is still the Republican-held Senate, so there is every reason to believe that this third act still won’t feature Trump being removed from office prior to the end of his term … but dude is definitely going to be impeached, a dubious distinction of which no president has been more deserving than Donald Trump … and I am 100% here for it.

All of which is to say: I am back, fired up, and ready to do some more writing … and I still believe that, ultimately, the Good Guys (i.e. We the People) are going to emerge victorious and save our country from these unpatriotic, self-serving, traitorous pigs.

Now, if you’ll pardon me, I have a great deal of corn to pop.