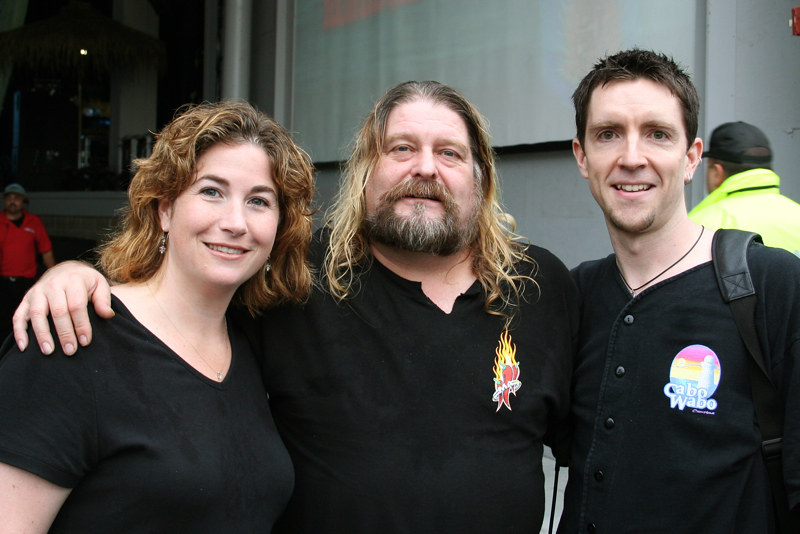 As anyone who has spent more than 60 seconds in my presence can tell you, I have several yarns I like to spin about exciting moments I have had with the members of Van Halen. The man standing between my wife and me in the photo above is Kevin Dugan, a good friend to whom I owe a great deal of credit for quite a few of those experiences—the latest of which took place last week, and buried the needle deep into the red on the “OMFG-That-Was-So-Cool!”-ometer.

Kevin is the bass-tech extraordinaire for Mr. Michael Anthony of the once-mighty Van Halen. Though that band seems to have gasped its last breath, Michael and singer Sammy Hagar are very much alive and kicking, and are spending the summer touring together. For some reason, their only New England-area stop was at a shed up in New Hampshire called the Meadowbrook Musical Arts Center, which my wife and I discovered is located just north of The Middle of Fucking Nowhere. After driving for over an hour—a period of time during which we watched the weather go from bad to awful—we almost turned around and went home. It was largely because we didn’t want to blow off Kevin that we forged on … and, as it turned out, he made it more than worth our while.

Shortly after we arrived at the venue, Kevin set us up with passes and escorted us through the gate into the open-air backstage area, where we hung with him before the show and visited with Michael for a bit—and if there is such a thing as writing nonchalantly, I could try to do so right now, but I’d be bullshitting you … so forgive me for sounding like a starry-eyed fan-boy, but, as someone who began worshipping Van Halen starting at around age 12, it is still beyond surreal to have the bassist from that band recognize me on sight and say “Hey, Jon!” before shaking my hand and giving me a quick hug. To what I think is my credit, I respect this dynamic by resisting the urge to slip into starfucker mode and ask him to pose for pictures with us like he’s a prize deer when we see him. (And for those VH fans wondering: yes, Michael is at least as nice and as cool offstage as you would hope).

So, anyway, here’s the part where Kevin kicks things up a notch.

My wife and I had tickets that I had scored earlier in the week from Sammy’s publicist. Those tickets, it turned out, were for seats set a good distance back from the stage, which I have identified below with the two red circles in section E. 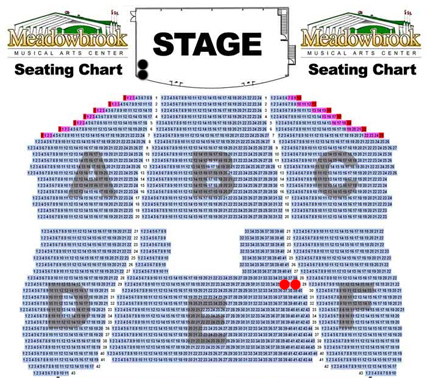 You know how sometimes a radio station or an artist will have staff members roam through the audience at a concert and give ticket upgrades to people with less-than-stellar seats? Well, Mr. Dugan, it turns out, has a similar such program, which last Wednesday involved upgrading my wife and me from the two red circles in section E to the two black circles located on the stage. Cha-ching! It is from there that we watched the entire show and hung with Kevin while he worked the bass rig.

Sammy’s stage is designed to look like the inside of his Mexican nightclub, the Cabo Wabo Cantina, and includes an actual bar. The moment the show began, the bartender delivered to my wife and me a couple of big, fat, delicious Waboritas (margaritas made with Sam’s own Cabo Wabo tequila—which, by the way, is muy delicioso). When we emptied those, he promptly delivered two more. “Mas Tequila,” indeed. 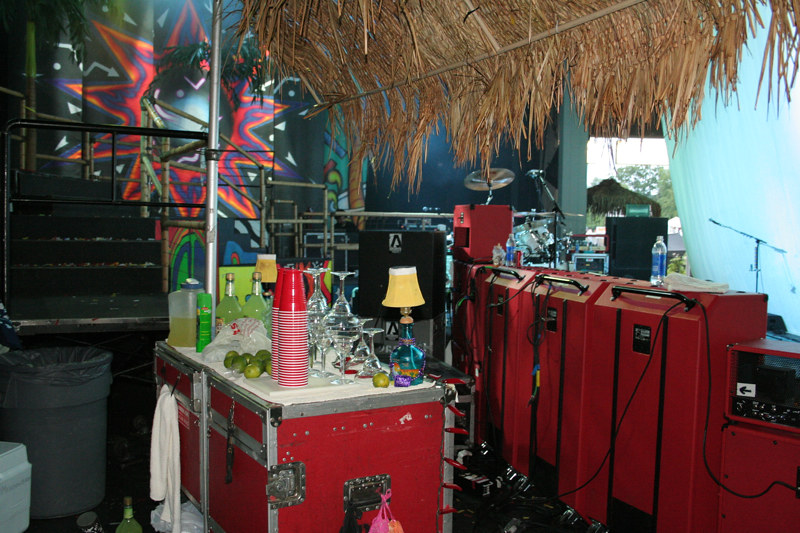 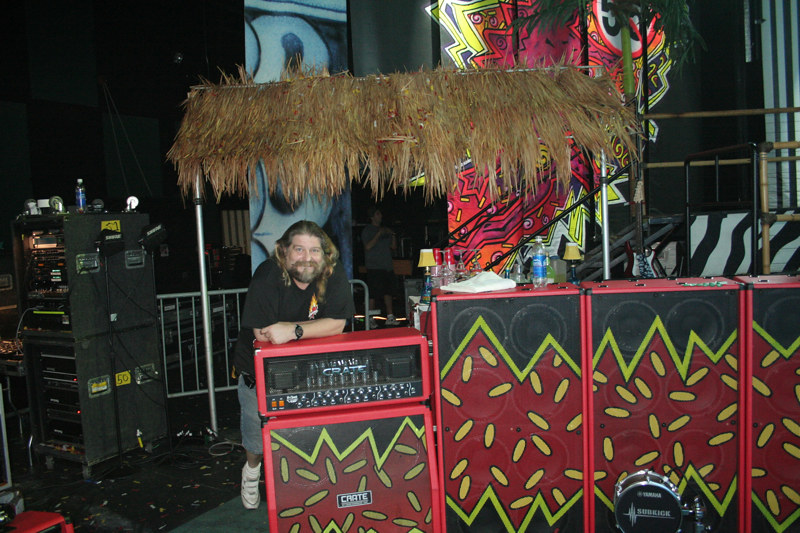 The concert was split into two halves, the first half of which featured Sammy and his band—drummer David Lauser, guitarist Victor Johnson and bassist Mona—playing a bunch of Sam’s solo material and cuts from his days with Montrose. Michael spent most of that set hanging out with Kevin and us, then strapped on a bass and hit the stage with Sammy, David and Vic for the second half of the show—or, as I like to call it, The Part That Kicked Total Ass, which comprised about an hour of nothing but Van Halen songs. 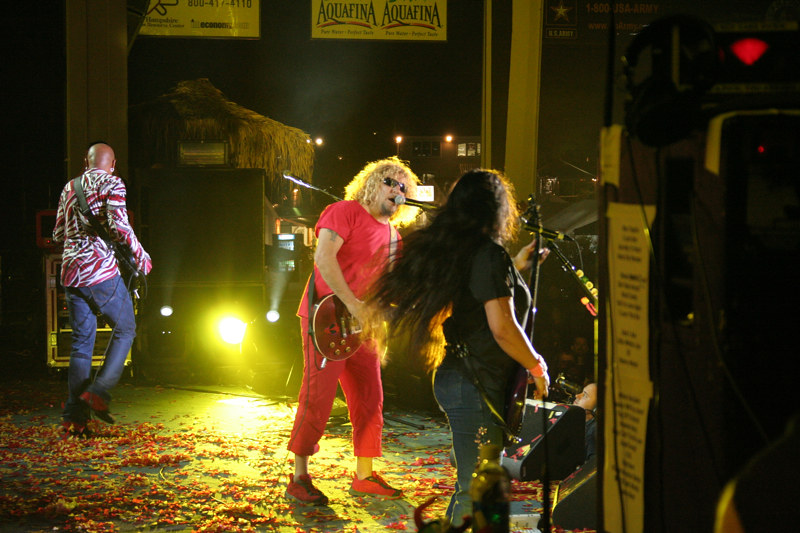 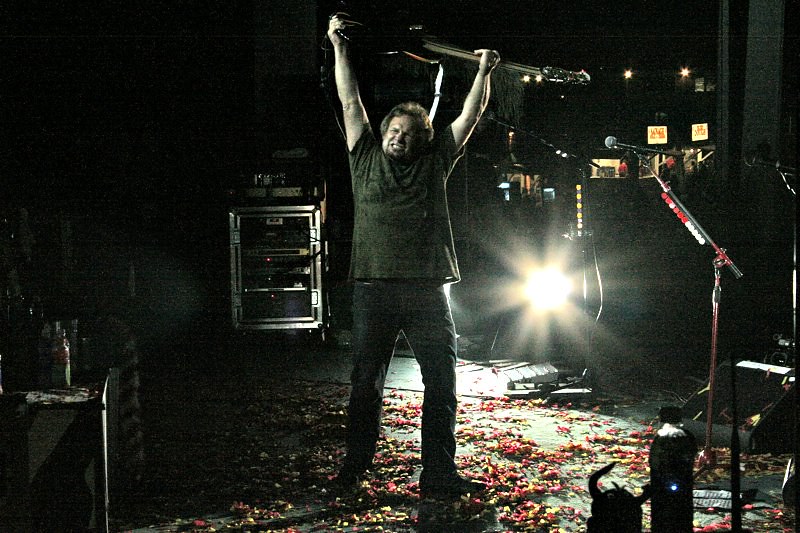 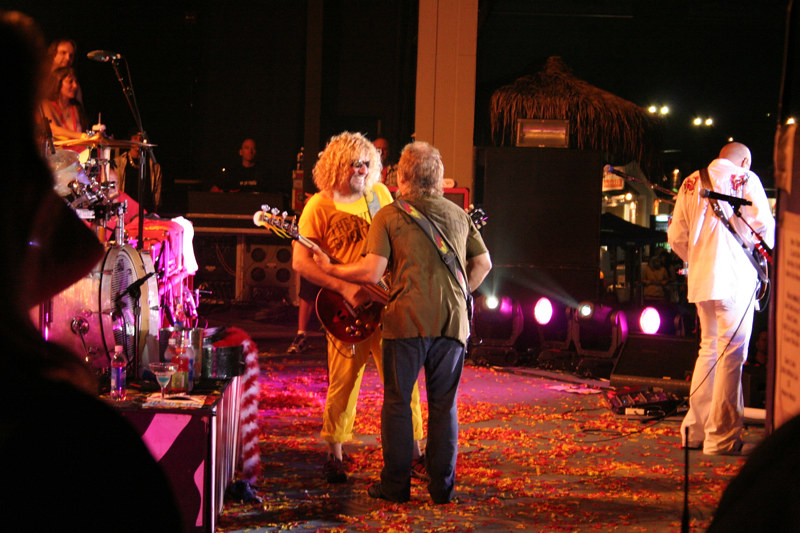 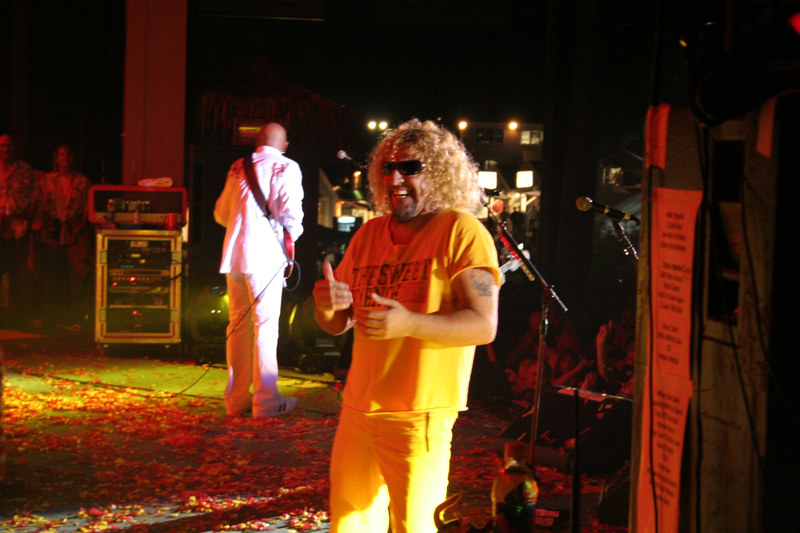 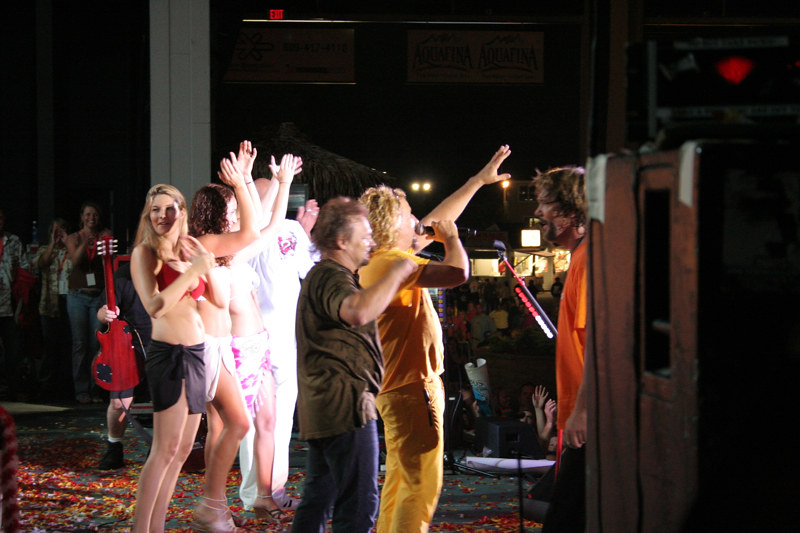 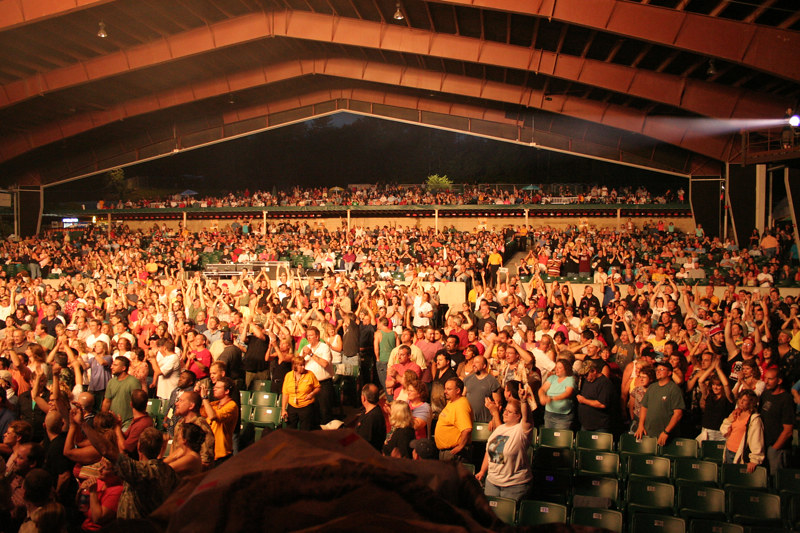 By the time it was over, Kevin had loaded us down with guitar picks, the setlist and an empty bottle of Cabo Wabo that Mike, Sammy and Mona had signed for us during the show.

The full set of pictures we took do a pretty good job of capturing the experience.