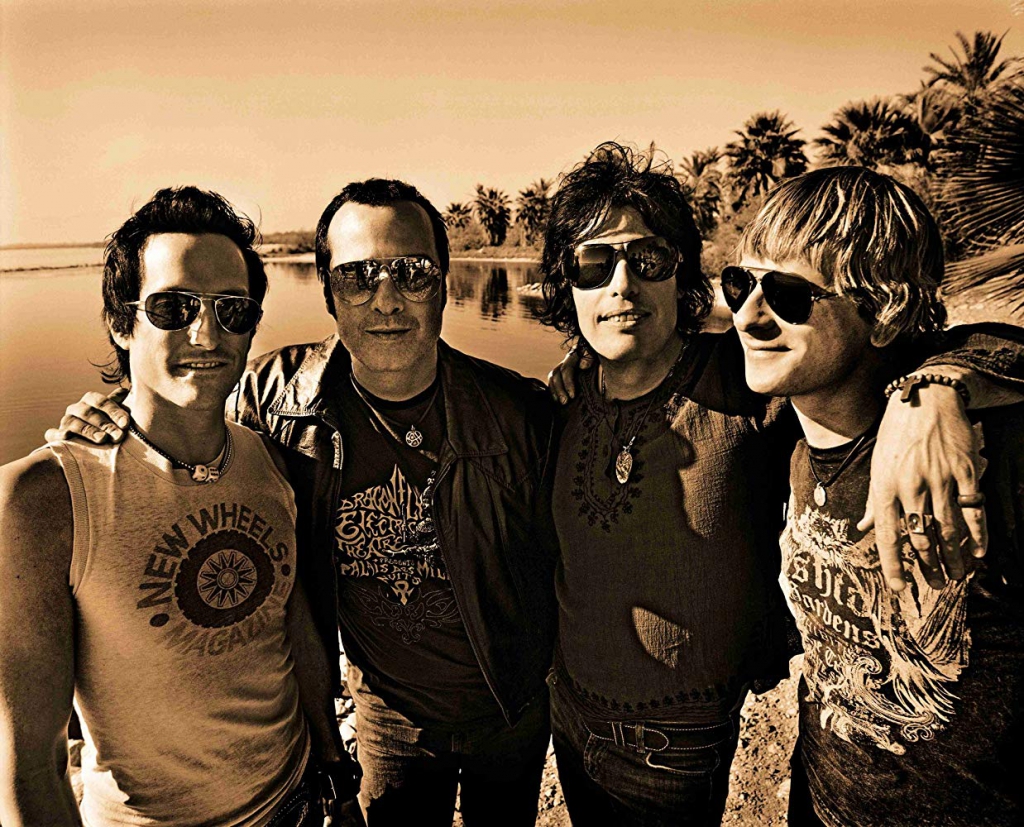 A few weeks back, my workweek began with an assignment that kicked much ass. I was invited to attend an exclusive, in-studio performance by Army of Anyone, a new rock group that features Filter frontman Richard Patrick, Stone Temple Pilots members/brothers Robert DeLeo (bass) and Dean DeLeo (guitar), and former David Lee Roth Band drummer Ray Luzier. The show took place at Boston radio station WBCN.

Following the performance, I got to sit down with Richard and Robert, whom I interviewed for about 40 minutes. Though I’ve done a number of interviews in the past, this was my first using a digital recorder, which records the audio input onto a compact flash memory card. Very cool … except for the part where I apparently did not familiarize myself as thoroughly as I should have with this new-fangled contraption.

Though every molecule of ego and vanity in my body is trying desperately to stop me from sharing the following anecdote, I shall do so anyway, as I believe that honest writing, however humiliating, is always the most interesting—even if the honesty involves pointing out what a bumbling moron you occasionally (often?) are.

About 10 minutes into the interview — by which point Richard had shared with me some very personal details about his substance abuse, rehabilitation and recovery, and Robert had spoken about his time in Stone Temple Pilots, as well as the period between the demise of STP and the formation of Army of Anyone — I glanced at my recorder to confirm that it was still doing its job … and, much to my horror, discovered that it wasn’t.

With as much nonchalance as I could muster, I casually pressed the “Record” button (again) while acting as though I was merely adjusting a minor setting. I also simultaneously concentrated on not vomiting all over myself from the sudden wave of panic-induced nausea that had overcome me, or faint from the sudden rush of blood draining from my face.

The remaining half hour of the interview went swimmingly, and the three of us really hit it off; highlights included bonding over our mutual disdain for the U.S. political landscape, and our mutual childhood affinity for KISS. As we were saying our goodbyes, Robert said something to the effect of, “It’s great when an interview ends up being something special.” (That helped me feel a little less awful about the recorder snafu.) 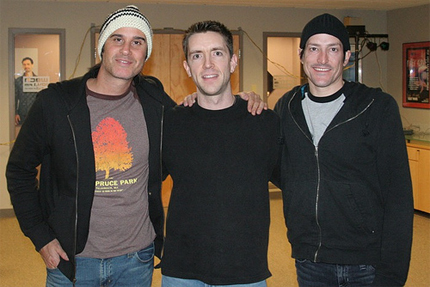 When I first listened back to the interview, the thing that really stood out for me was how badly I wanted the interviewer (me) to shut the fuck up. Normally, this would not be a big deal, as all of the interviews I’ve done in the past were transcribed and published as text, which meant I could omit whatever I liked, and reword any of my questions so that I seemed like a suave, erudite interviewer instead of an awkward, phumphering boob.

In recent months, however, I have begun producing audio podcasts for my employer, and the Army of Anyone interview was primarily conducted for distribution as an audio feature. Fortunately, because the interview was captured as a digital recording, I was able to transfer it to my hard drive, import it into GarageBand and edit out massive quantities of my babbling. Equally fortuitous was that the band’s management gave me free reign to use any of the music featured on the group’s debut album — a boon not only because the music makes the finished piece sound a billion times better than it otherwise would have, but also because the music helps to divert attention from my Kermit the Frog-like voice.

I’ve had shitty jobs. Jobs where the alarm clock goes off in the morning and you feel a gigantic knot form in the pit of your stomach. Chief among them would probably be that three-and-a-half-year stint in the U.S. Army. Glad I did it, nice place to visit, but I wouldn’t want to spend a career there.

If you had told me during my time at any one of the shitty jobs I’ve had that I would one day get paid to work from home, write about musicians, get free CDs and concert tickets, and occasionally hobnob with some of my musical heroes, I’m fairly certain I would have fallen to my knees and wept with joy.

That is a perspective I have tried not to lose over the years. I more or less have my dream job. You can’t fucking beat that.