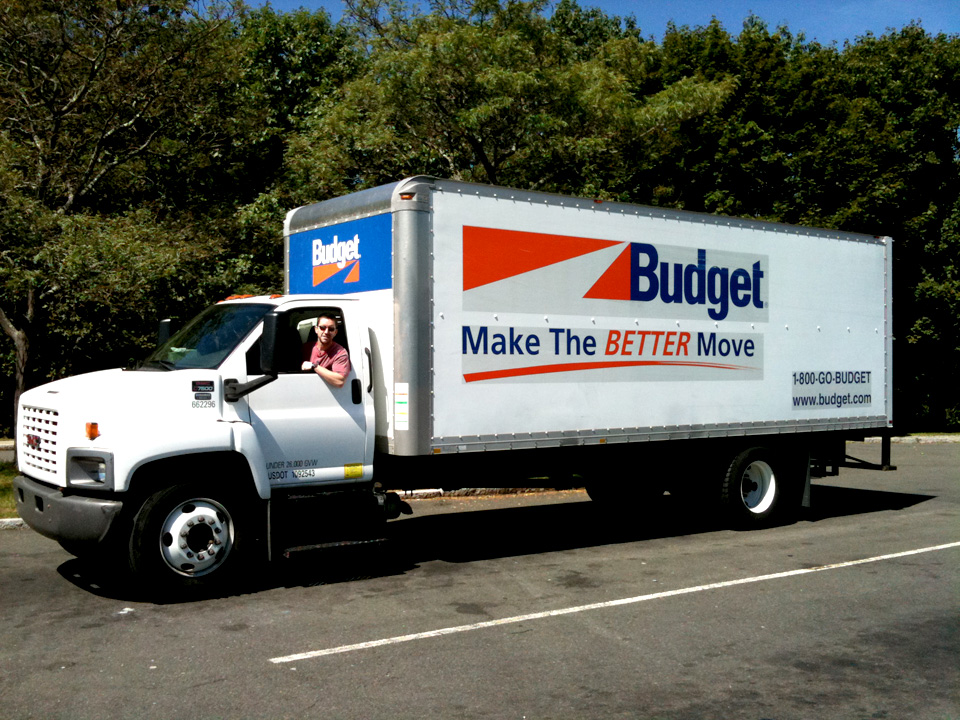 Now, here’s the thing: I am arrogant enough to consider myself a more capable person than 90 percent of the general population. A military background and an overly healthy ego will do that to you. And, be that as it may, I was more than moderately intimidated by the prospect of driving this truck from Boston to Philly.

Fortunately, I did just fine — I daresay I even enjoyed it — but the pucker factor involved in driving a six-wheeler whose box is filled from floor to ceiling, front to back (literally) with the entire contents of your previous house? It’s quite high. And the concentration required to keep this thing in between the lines on the highway, to read the height markers on all bridges, to not scrape the side on a guardrail or Jersey barrier that you are barely clearing, to not forget that you aren’t able to stop on a dime (despite the fact that the fucknut car drivers around you seem to think otherwise) is exhausting.

So, what I wanna know is: If I, the most capable man on the planet, found this to be challenging, and if gaining access to such a beast requires nothing more than a regular driver’s license and a credit card, what are the stats on accidents caused by the relative morons who rent these things and don’t have the foggiest clue how to handle them?

All I know is, the next time I’m on the highway and I see one of these suckers, I’m giving it a wiiiiiiide berth.