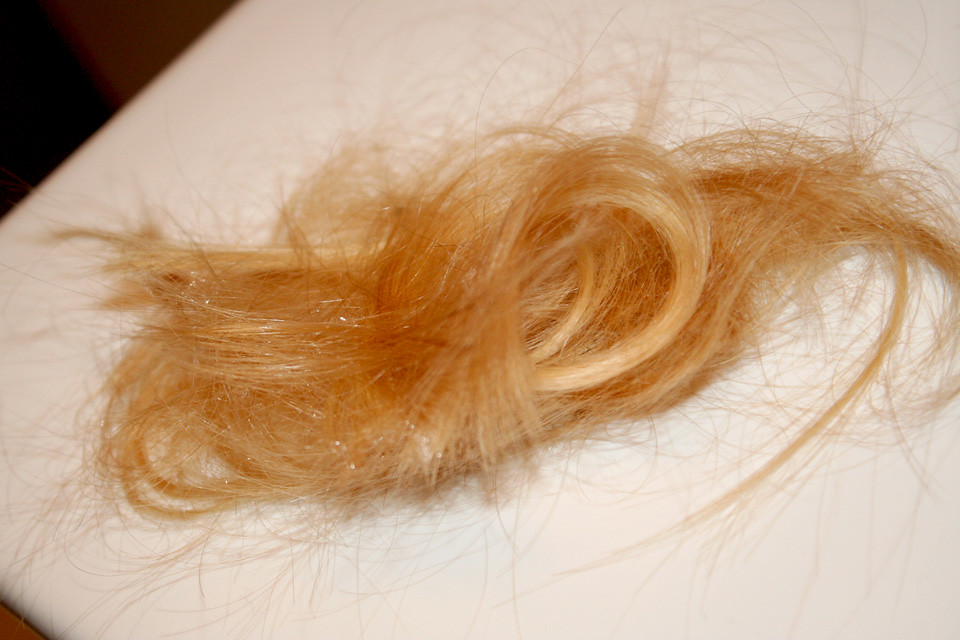 Once, when I was about four years old, I exited the playroom of my home while holding over my head a sheet of newspaper and attempted to nonchalantly walk past my father, who was seated in the kitchen. Amazingly, my generally clueless dad sensed that something was amiss, and instructed me to remove the newspaper so that he could see what was up. Much to my chagrin, I was forced to reveal the mess I had made of my hair using a pair of kiddie scissors.

Clearly, that experience left quite an impression, as this event represents what I’m pretty sure is the earliest memory I have from my childhood.

To my daughter’s credit, she didn’t even bother trying to conceal the results of her first foray into the world of amateur hairdressing … an experiment that left her with some rather harsh bangs.

“I cut it because I couldn’t see!” she explained to her stunned and distraught mother. Tough to argue with that logic.

Despite brazenly sporting her new ’do, Little Miss Thing apparently knew on some level that she had goofed up, because she stashed the above shown clump of hair under her bed.

I’m thinking of shaping it into a cat and telling the kids it’s their new pet. It’s about as close as they’ll ever come to having anything larger than a fish.