If at first you don’t succeed, kill, kill again 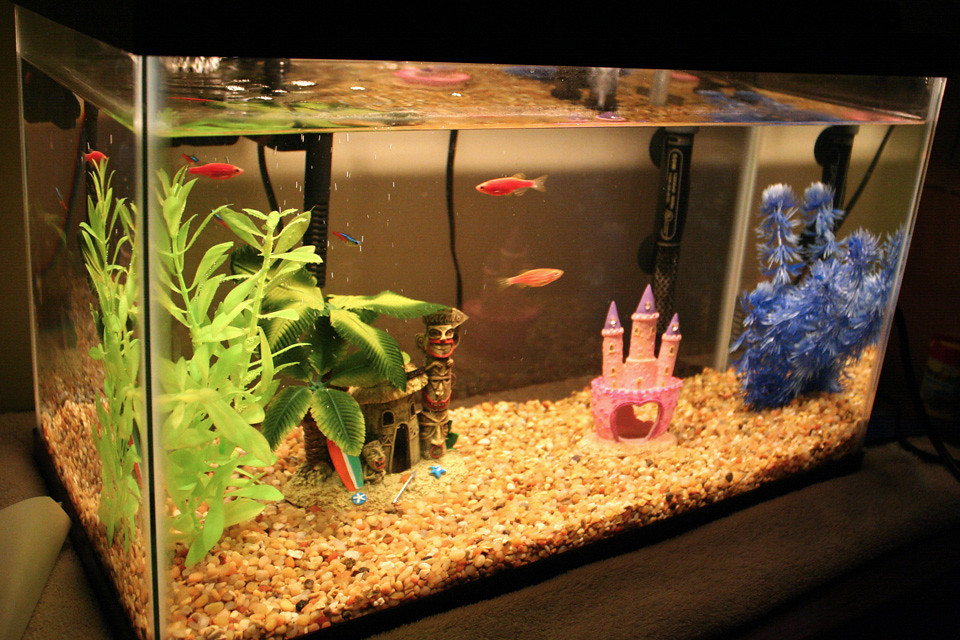 After grieving over this guy for an appropriate period of time, we felt like we were ready to give it another go … so, on Sunday, I took the kids to the pet store to get some new aquatic friends. And what I learned while we were there was that, in order to place in our tank the aquatic friends that my children wished to befriend, we needed to first place in the tank a heater, and allow said heater to warm up the tank for 24 hours.

You know what’s awesome? Standing with your children in front of a wall of fish tanks filled with colorful, swimming fish, some of which your children had spent the day believing they’d be bringing home that afternoon, and having to tell them that they instead will be bringing home a fish-tank heater. You can imagine their excitement.

Which explains why there’s a tiki hut and a pink castle in our tank; those were the “I’m sorry we can’t get fish today even though I told you we’d get fish today” consolation prizes I came up with in order to defuse the enormous crying-and-whining bomb that, if detonated, would have taken out the entire Philadelphia area.

Of course, the next night, when we brought home the fish and the thermometer that I had so moronically forgotten to purchase the previous evening, I discovered that I had overheated the water … which meant, “Sorry, kids, but we can’t put the fish in the tank until it cools down, which it won’t do until well after you’re asleep.”

Anybody need a heaping helping of disappointment? Because I know how to dish it out, people.

In order to expedite the cooling process, I, being the genius that I am, unplugged the heater … and, when the tank reached the appropriate temperature a couple of hours later, I released the fish into their new home. It took me 36 hours to realize that I never plugged the heater back in.

Miraculously, the fish withstood the climatic rollercoaster ride I sent them on, and they appear to be doing fine.

Of course, that’s what I said about the goldfish.

Stay tuned for a body-count update … and feel free to leave a comment with your over/under prediction for the number of days left until our six new residents (three neon tetras and three reddish-pinkish-something-or-others) begin their mass exodus to that great fish tank in the sky.