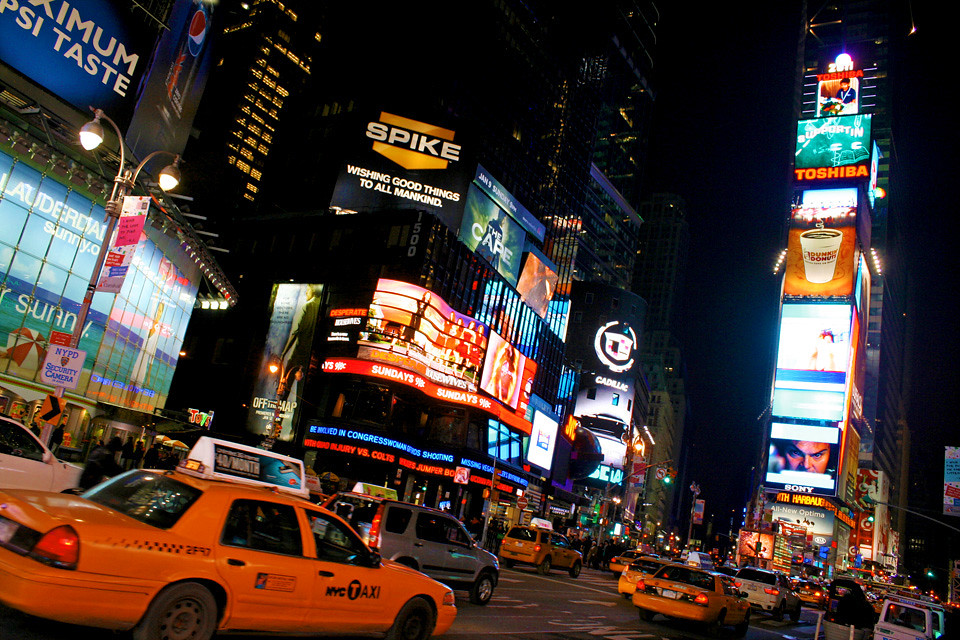 In July of last year, I posted a picture of Times Square that I had taken early on a Saturday morning, and wrote the following:

“Yes, the photo would have been far more impressive if it had been taken at night, when all of Times Square is aglow with enough neon and LEDs to spark 10,000 epileptic seizures, but New York City nightlife isn’t part of the program during these here days of rearing young children, so instead, you get Times Square at 9 a.m. on a Saturday. Try not to hurt yourself yawning.”

Well, yawn no more, for above is the real deal: Saturday night in Times Square. OK, so maybe we were climbing into bed at about the same time most people were heading out to party in the big city … but, hey: we were in Times Square after dark. That’s gotta count for something, right?