OK, asshole, time to end this nightmare. I’m here to make a citizen’s arrest. Come out with your tiny hands up. pic.twitter.com/YeFrI9lIDa

Unfortunately, that didn’t work out—not only because the heavily armed guard standing just outside the frame wouldn’t let me get any closer to the house, but also because the so-called president wasn’t home. No, the man who duped his supporters into believing that, if they elected him, he’d be so busy working on their behalf that he wouldn’t have time for golf was (wait for it) … golfing at one of his Trump-branded properties for the 111th time since taking office, and can I get a “MAGA!” y’all? No? OK, well, how about an “Emoluments clause!” then? There ya go.

My attempt to mete out some well-deserved justice thwarted, I instead spent a delightful evening visiting with family, turned in early, and rose for a morning jog.

Pro Tip™: If your optimism about the future of American democracy is in low supply and your faith that this, too, shall pass has reached the breaking point, I highly recommend a run on the National Mall … preferably on a gorgeous, late-spring morning.

What’s that? You can’t get to the National Mall right now? Well, good news: I ran it for you. You’re welcome.

Here, let’s relive it together:

Imagine, if you will, that you’re staying mere footsteps away from the U.S. Capitol, which will serve as your starting point, and did I mention that it’s gorgeous out? 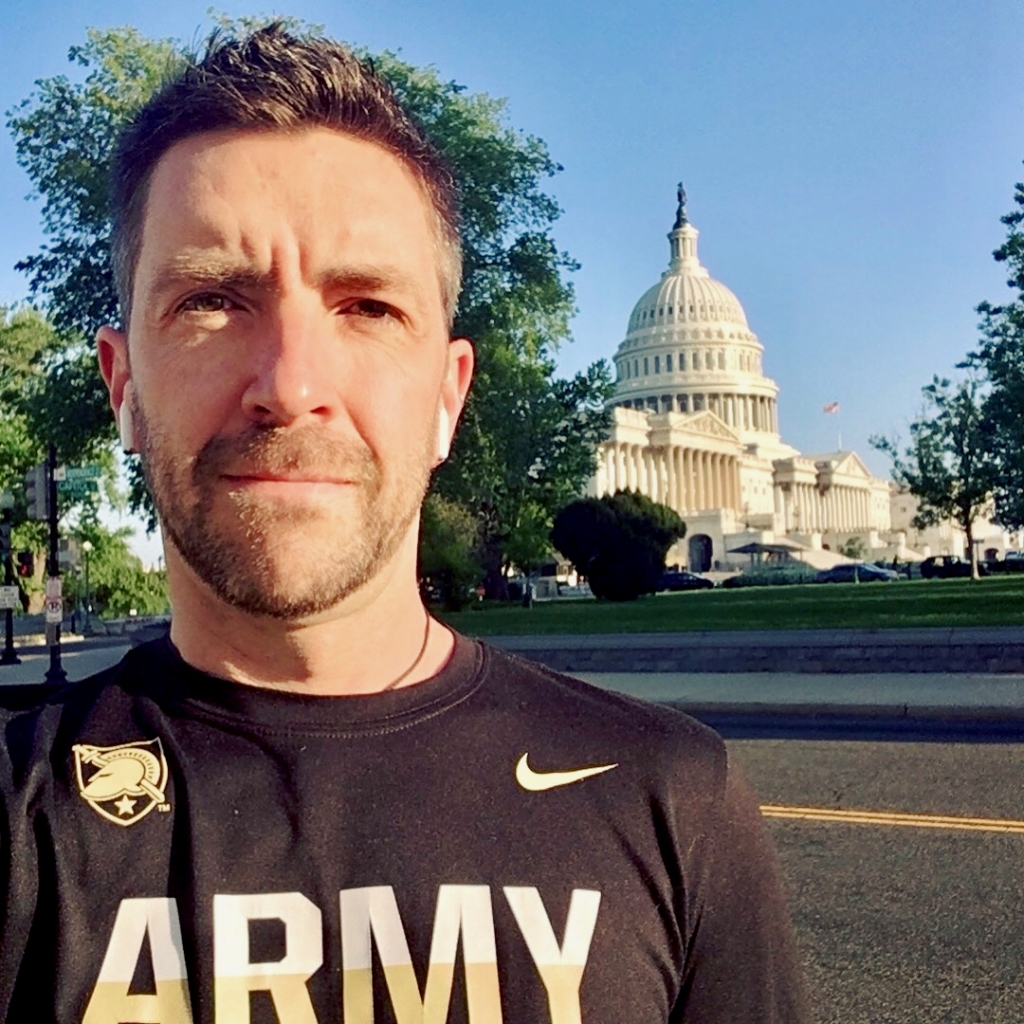 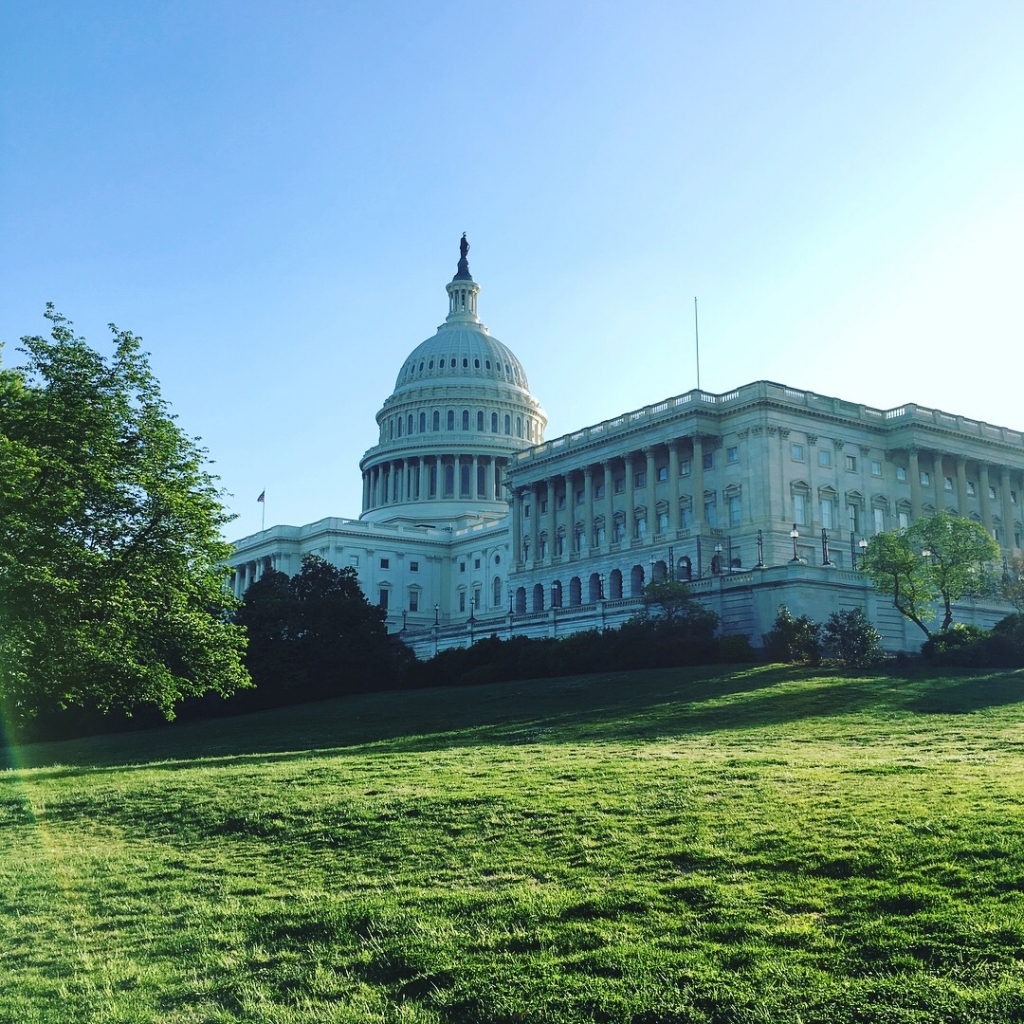 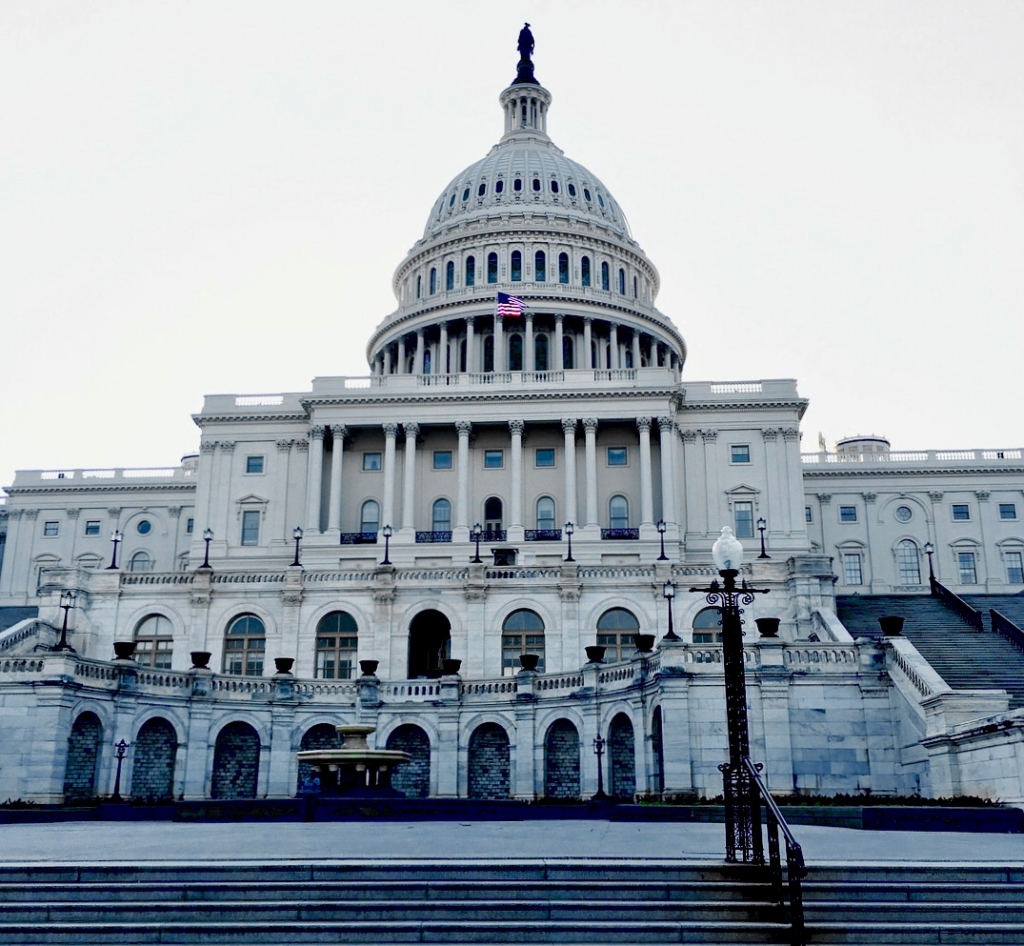 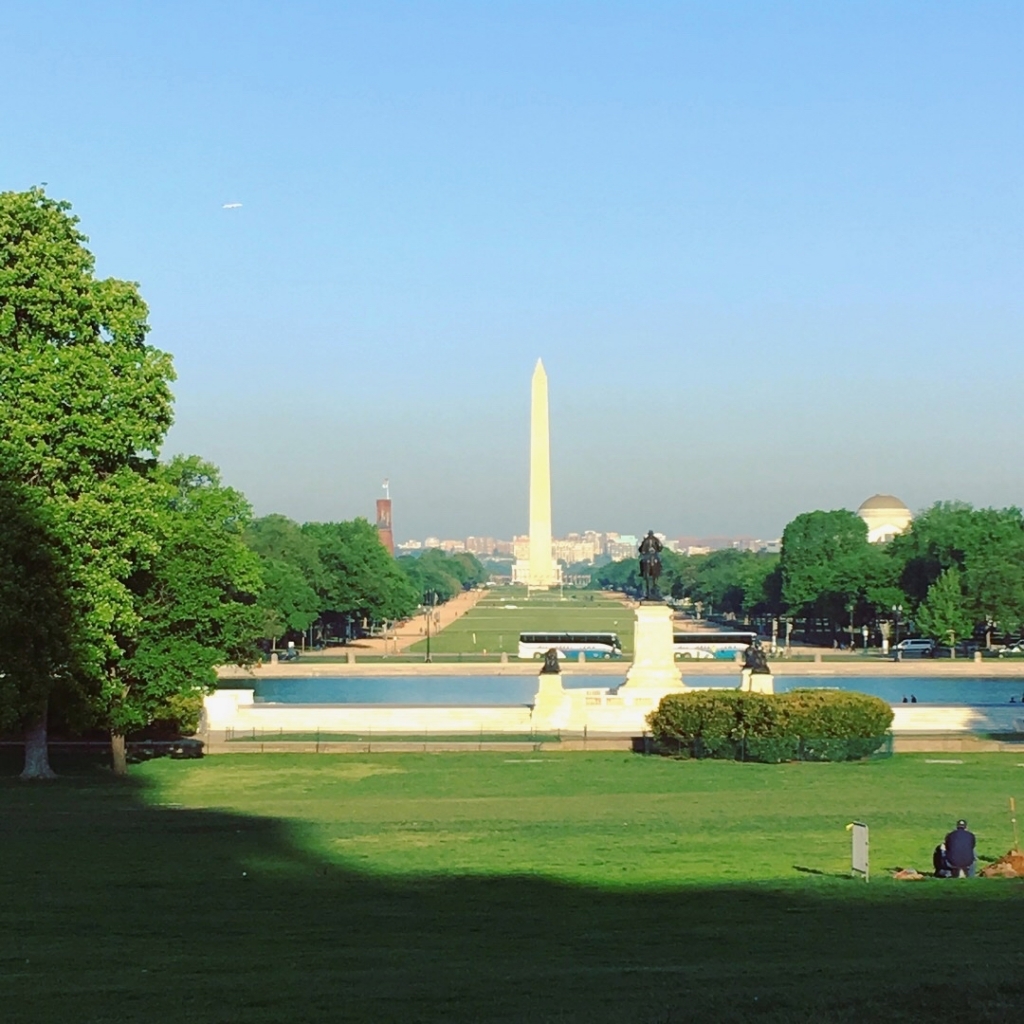 With both the Capitol Building and the sun at your back, the Mall stretches out before you. You set off, each footfall bringing you closer to, and then past, one breathtaking landmark and memorial after another. You feel as though you’re not just running for exercise; no, my friends, you are running for America. (Also, you are suffering from delusions of grandeur, but they are good delusions, inspired delusions, and they fuel your run, so you go with them.) 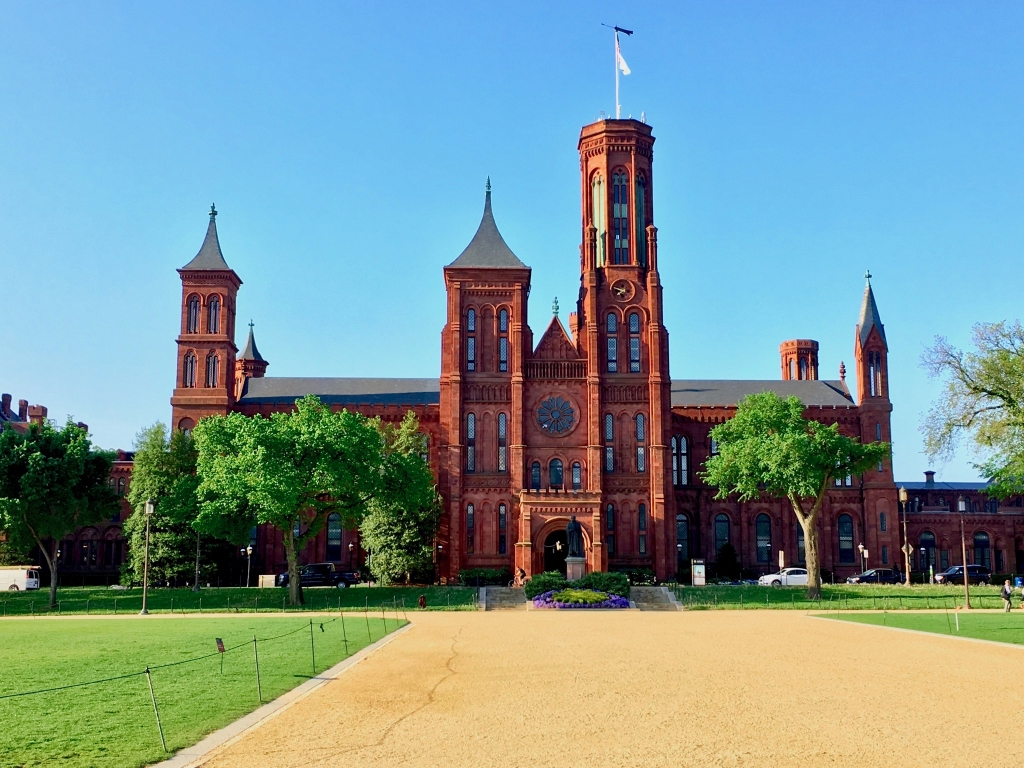 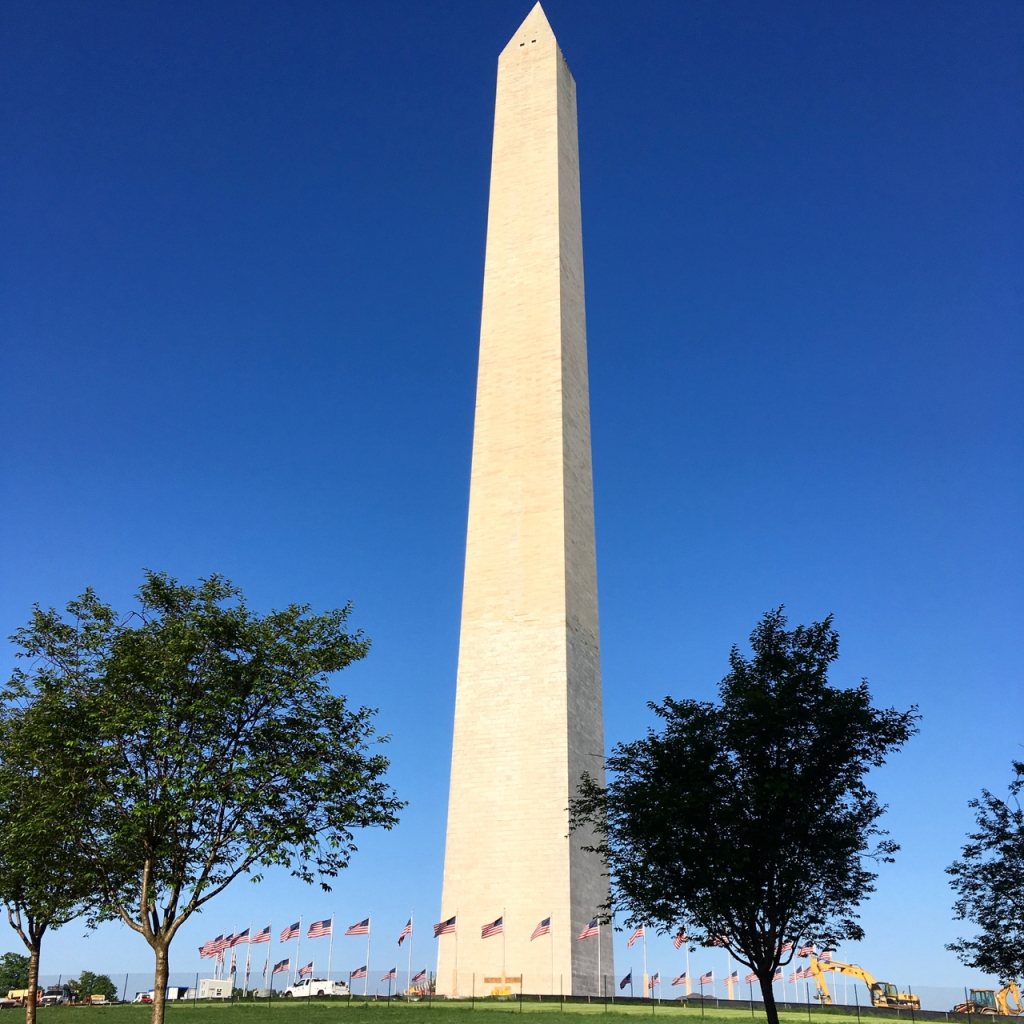 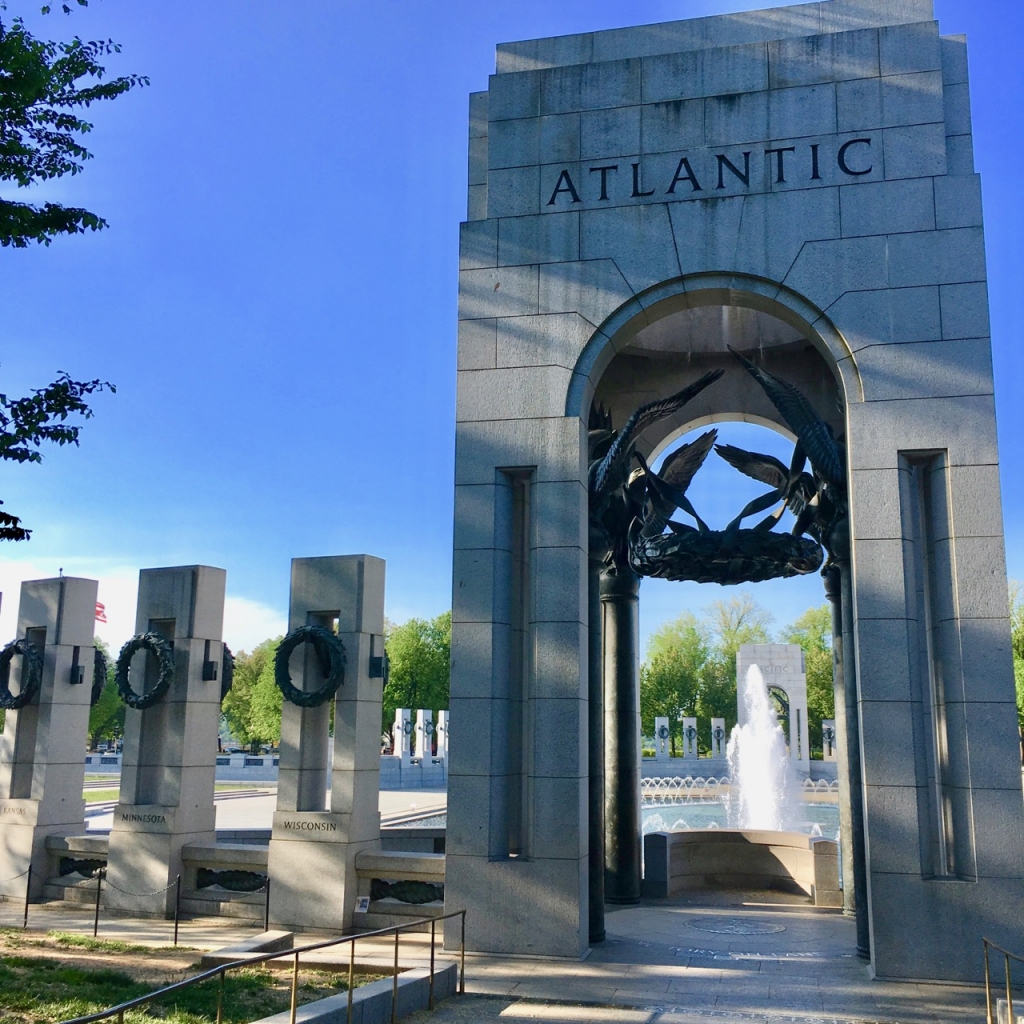 After passing the World War II Memorial, you make your way up the north side of the Reflecting Pool, and though you normally don’t run with earbuds, you have them in this morning because you want the full, immersive, D.C.-politics experience, which is how you end up hearing presidential historian Jon Meacham‘s appearance on “Morning Joe” … and, as if your surroundings aren’t inspiring enough in their own right, Meacham underscores the moment by saying the following:

“The key question in my mind is: Are you devoted to the experiment of a journey toward a more perfect union? Not a ‘perfect union,’ because the world is not perfectible, but can we move ahead? And, when you think about the American Revolution—which is, in and of itself, the greatest act of faith you can possibly imagine—we’re still fighting that revolution every day … because it’s a counterintuitive idea that human beings, driven by appetite and ambition and passion, can govern themselves in a civilized way, living under the rule of law and recognizing the dignity of every other person.

“It’s a remarkable achievement and it’s one that—women have not voted for quite a century yet; in [my] native region, in the South, we had functional apartheid until 50 years ago; we’re not quite three years into the marriage-equality decision—it’s a bloody, tragic, difficult history, but what is our immigration issue in this country? People want to come here … and we have to protect that.”

His words, coupled with the setting, give you goosebumps, because you realize he’s right: We are still fighting today for the ideals and principles of fairness and opportunity and equality upon which this nation was founded … and you feel more than just up to the task of being an active participant in that ongoing battle. In fact, at this very place, in this very moment, there aren’t many things that could make you feel more inspired, motivated and patriotic … except for, say, the sight and sound of a Marine unit marching to a drum cadence while practicing on the pavilion in front of the Lincoln Memorial.

Yes, that actually just happened … and the drumming kicks in again as you jog up the steps, at the top of which Lincoln awaits. 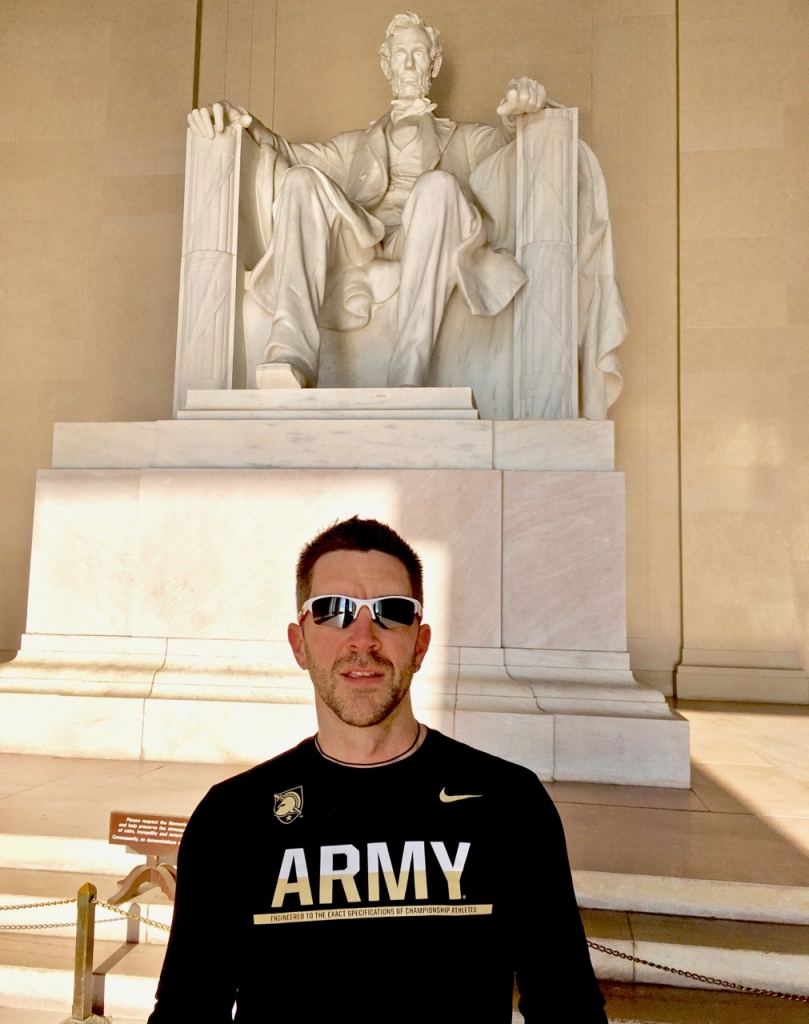 (Thank you, random stranger, for snapping this picture.)

Now, let’s take in the view, shall we? 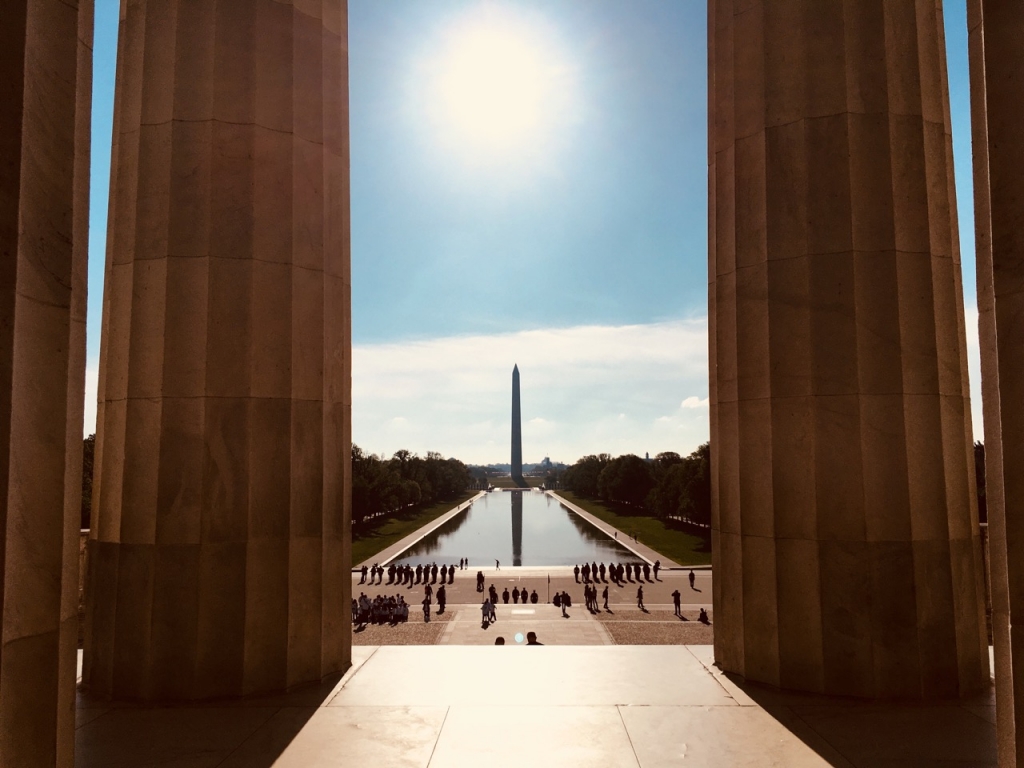 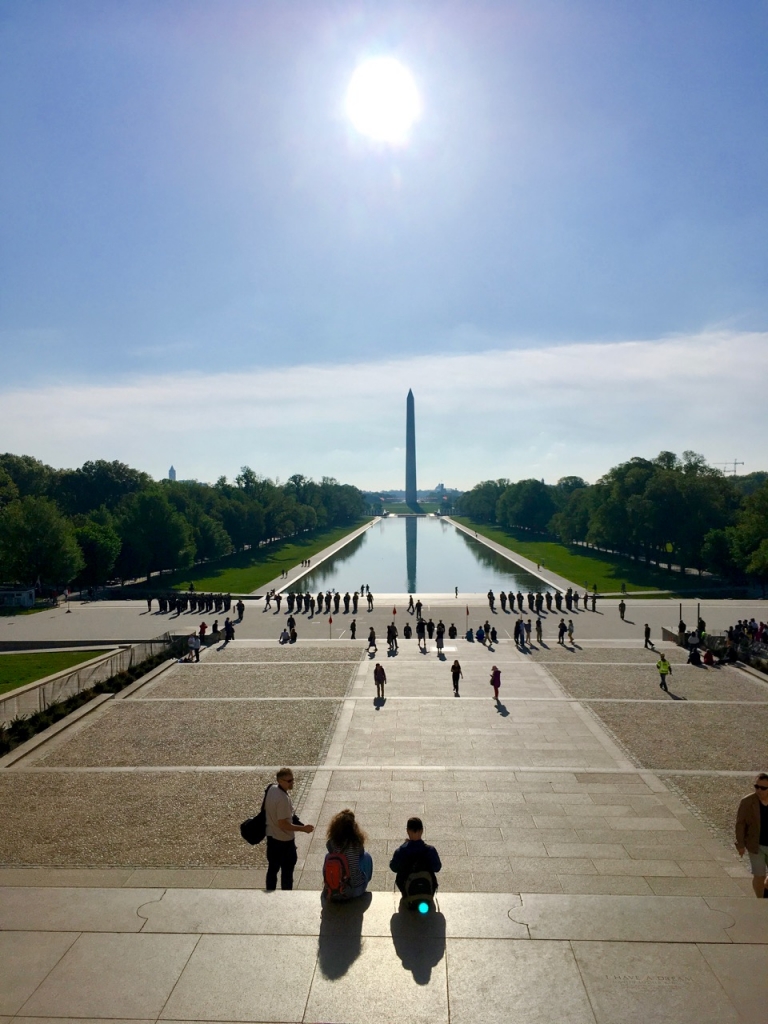 Folks, if that sight doesn’t move you, fill you with awe, and make you proud to be an American, please check your pulse, because you might actually be dead. (I’m sorry for your loss.)

Those of you still among the living, however, should catch your breath, bottle up some of the inspiration you’re feeling, and use it to energize you through the return leg of your run, during which you will now put the entire Rage Against the Machine catalog on shuffle and bound down the south side of the National Mall like a goddamn revolutionary gazelle.

Here’s a 30-second sample of the audio adrenaline powering the latter half of our journey (NOTE: If you’re viewing this on a mobile device or tablet, you should tap on “Listen in Browser.”):

Fired up? Oh, hell to the yes, you’re fired up. So much so, in fact, that you could use a little cooling off. You see, the sun has climbed quite a bit since you set off on this jaunt, and the dark, long-sleeve Army shirt that seemed like such a good idea when you left the hotel is now way too dark and much too long-sleeved. If only the National Mall’s sprinkler system would miraculously spring to life at this precise moment, thereby allowing you to jog through a delightful mist as you close out the home stretch. 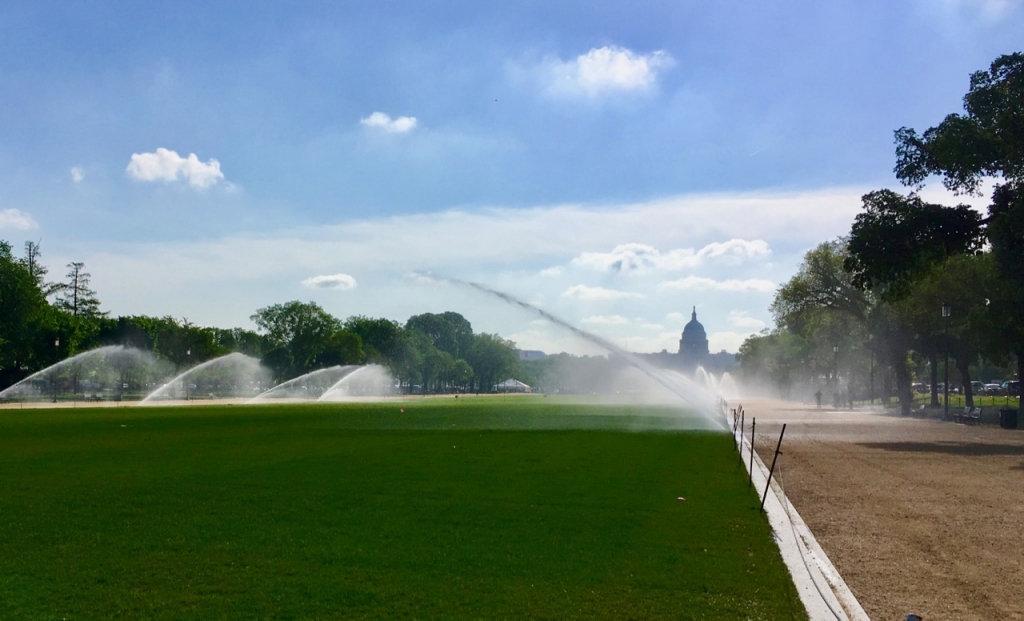 Yes, my friends, not only is this the most patriotic run you’ve ever experienced; it’s also the most magical. At this point, it wouldn’t surprise you if a group of bald eagles clutching Roman candles in their talons swooped in and bathed the air above you with red, white and blue starbursts while screeching out a harmonized version of “The Star Spangled Banner.”

Sadly, that doesn’t happen … but the day still has plenty of inspiration and patriotism left to offer. Tell you what: Let’s shower (separately, I mean; we can’t all fit, and even if we could, that would be awkward) and then we can relive the rest of this amazing D.C. adventure, m’kay? See you in a bit.