You gave a $1 trillion tax cut to your buddies, acquitted a president you know should have been removed from office who then went on to mismanage a pandemic that is decimating our country, & are trying to take away people’s healthcare during a public-health crisis. But sure.

With policies like these, Joe Biden’s economic agenda will devastate the Great American Comeback launched by President @realDonaldTrump.
https://t.co/SeqkPLDCdw

This explains so much.

Good news, everybody: Turns out we’re on the timeline where, after going back in time to live a quiet life with Peggy, Captain America comes out of retirement to save the country he loves by running for president as [airquotes]✌🏻Joe Biden✌🏻. 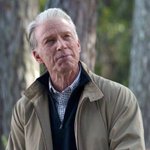 Happy Fourth of July, y’all. Here’s hoping that, next year, we’re celebrating in a country that has declared its independence from the most unfit, worthless president of our lifetimes, and the rancid beliefs of the people who elected him & the politicians who protected him. 🇺🇸 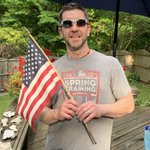 Is it still a dog whistle if everyone can hear it?

Pro Tip: If your “heroes” are Confederate officers, you’re a racist fucking loser.

"Our Nation is witnessing a merciless campaign to wipe out our history, defame our heroes, erase our values & indoctrinate our children. Angry mobs are trying to tear down statues of our founders, deface our most sacred memorials & unleash a wave of violent crime in our cities."

What a fucking loser.