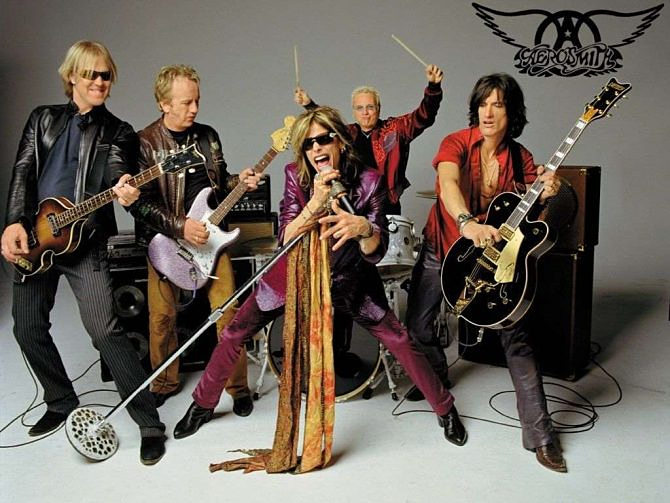 Originally published on June 27, 2001 at LiveDaily.com

MANSFIELD, Mass. — Aerosmith has been hitting cities throughout the U.S. since early June, but only at the Boston-based band’s first Massachusetts stop could you see a fan waving a banner proclaiming that guitar god Joe Perry’s mother “Mary Perry was my gym teacher.”

Spurred by the energy of a hometown crowd, Aerosmith proved to a sold-out audience of nearly 20,000 on Tuesday night (6/26) that, despite the over-produced feel of its last few albums and recent penchant for syrupy-sweet ballads, it is, first and foremost, a rock band that knows how to deliver the goods in a live setting.

From start to finish, frontman Steven Tyler displayed an energy that belied his 53 years as he ran from one end of the band’s futuristic-looking stage to the other and hit each note he aimed for. Perry, who continues to be one of rock music’s most enduring guitarists, delivered crunching riffs and cutting solos that had the same down-and-dirty sound heard on the group’s earliest works.

After kicking things off with a group of songs taken primarily from the band’s overly slick-sounding new album “Just Push Play” (Columbia) — songs which had a distinctly more visceral and organic feel when served up live — the group spent the night oscillating between classics dating back to its 1973 debut and more recent hits.

A simultaneous show highlight and lowlight came a third of the way through the set, when the band, surrounded by security guards, made its way through the audience to a stage set up amidst the lawn seats at the rear of the amphitheater. From there, the group delivered a trio of its classics — “Same Old Song and Dance,” “Dream On” and “Toys In the Attic” — much to the delight of fans on the lawn.

“All those rumors our old manager [Tim Collins] was spreading around a few years ago?” Tyler joked, referring to the ex-manager’s claims that the group was using drugs again. “They’re all true: It’s the Aerosmith ‘Back on the Grass Tour.'”

But despite the coolness of the band’s visit to the cheap seats, the sound quality of the second stage was sub-par in comparison to the excellent sound afforded by the main stage set-up.

Once back on the main stage, the band kicked the show into high gear with crisp-sounding classics “Drawn the Line” and obscure favorite “Seasons of Whither,” which sandwiched the final “Just Push Play” track of the night, “Under My Skin.”

A batch of additional hard-edged classics followed, with a number of more recent, slow-tempo radio hits scattered throughout. The slower tunes proved to be a speed bump in the show for many in the audience — as evidenced by an exodus to the beer stands and rest rooms as the tunes were performed — but were well received by a sizeable number of lighter-wavers.

Wisely, the band ended things in an up-tempo fashion, closing the show with the one-two punch of “Train Kept a Rollin'” and the fast-paced “I’m Down,” a Beatles cover featured on Aerosmith’s 1987 comeback album “Permanent Vacation.”

“They’ve got a curfew [at the Tweeter Center],” Tyler had told the audience shortly after the band first took the stage at around 9 o’clock. “We’re supposed to be off the stage at 11. I don’t think so. I don’t f–kin’ think so.”

Does it count that they left the stage at 11:05? After a well-performed two-hour set, the crowd wasn’t interested in splitting hairs, and cheered the local heroes off with a boisterous farewell.

Encore:
Livin’ on the Edge
What It Takes
Train Kept a Rollin’