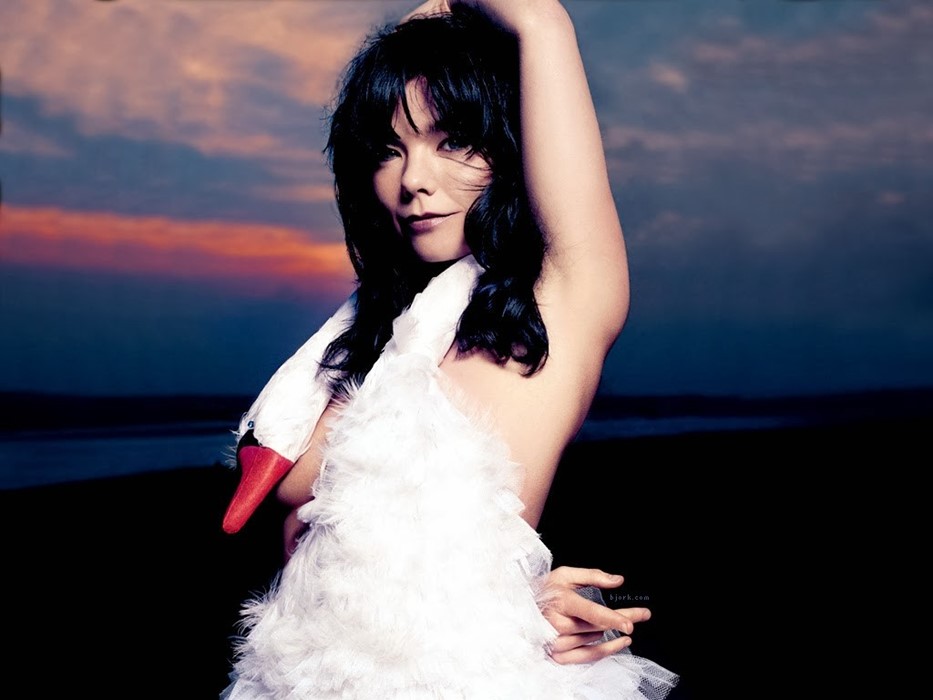 From the moment she took the stage for the second night of her two-night stand, Björk captivated the sold-out crowd of 6,000-plus. The Icelandic singer was backed by a 54-piece orchestra, an Inuit-girls choir, harpist Zeena Parkins and electronica duo Matmos.

The production was divided into two parts, the first half of which was comprised almost entirely of songs from her recent album “Vespertine” (Elektra) and from last year’s “SelmaSongs,” an EP of music from the film “Dancer in the Dark,” in which Björk starred.

Clad in the white swan dress that garnered her so much attention at this year’s Academy Awards, the pixyish singer began the show seated on a stool, holding a music box that plinked out “Vespertine”’s “Frosti” while fake snow fell from the lighting truss. The wintery imagery continued throughout the show’s first half, with stunning pictures of blue-hued glacial ice formations frequently gracing the giant screen that served as a backdrop.

Parkins wove her lavish harp playing in and out of the orchestra’s swelling arrangements, while the choir delivered its lush backing vocals. All of this was punctuated by Matmos’s library of beats and synthesized sounds. Soaring above it all, meanwhile, was Björk’s otherworldly voice, which never once faltered or failed to hit the highest of notes at full strength, and which stood out from the exceptional instrumentation with crystal clarity.

After a 15-minute intermission, the houselights dropped and Björk returned to the stage for the evening’s second half, which was stacked with songs taken from 1993’s “Debut,” 1995’s “Post” and 1997’s “Homogenic.” Gone was the swan dress, the blue-and-white lighting, and the chilling imagery. Instead, the singer wore a red-sequined outfit that featured a flaring skirt of giant red feathers, the lighting was warm and red, and the giant screen displayed odd, red-tinged drawings of aquatic creatures.

The well-paced second set began with a flurry of mid-tempo songs, and hit a feverish crescendo by its end. Björk gleefully danced her way through the up-tempo “Hyperballad,” from “Post,” and received a standing ovation at the song’s end. She continued the momentum with the “Post” hit “Army of Me” and the set-closing “Bachelorette,” a “Homogenic” track whose majestic orchestral arrangements, electronic beats and powerful vocals were delivered with album-matching perfection.

The crowd applauded thunderously and cheered non-stop for several minutes before Björk and her team of musicians returned to the stage for an initial encore that included the equally stunning “Homogenic” track “Jóga,” and the “Debut” track “Human Behaviour.” The latter song found the crowd on its feet, clapping to the beat while Björk ran along the front of the stage, pausing before each seating section to jump up and down and pump her fist in the air, eliciting a frenzied response.

After leaving the stage again, Björk and company returned for a second and final encore.

“I think we only have one more,” she told the crowd, who responded with disappointed moans. “It’s a new one we did that’s not out yet,” she added, winning back the audience’s favor. With that, she ended the night with a new song titled “In Our Hands,” a mid-tempo number featuring a thumping bass line that kept the crowd on its feet until she left the stage a final time.

Part 1:
Frosti
Overture
All is Full of Love
Unravel
Harm of Will
Generous Palmstroke
It’s Not Up to You
I’ve Seen It All
Cocoon
Unison

Second encore:
In Our Hands