It’s been, like, at least five minutes since I mentioned Van Halen, right? 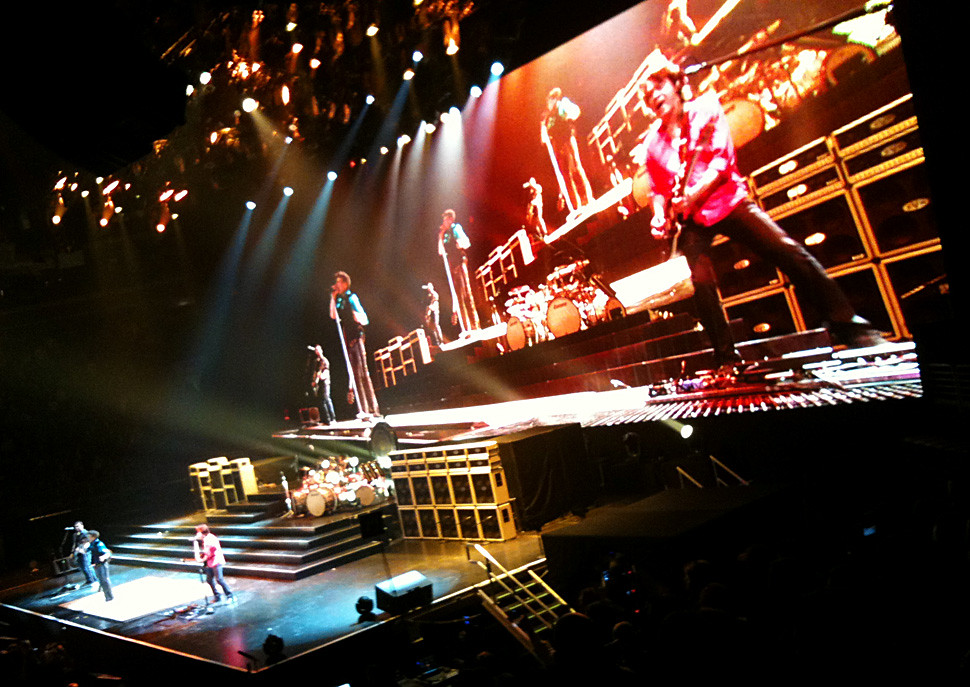 Listen, I’m sorry, but you’ll just have to indulge me here, because I, for quite some time, was pretty convinced that this band, this band that I love so much, would never again give me anything other than its oh-so-distant past to be excited about. So imagine my surprise when the new album — an album I was all but sure would be a letdown — turned out to be 10 tons of HOLYSHITTHISISAMAZING!

And after listening to that HOLYSHITTHISISAMAZING! album nonstop for a month, I was as giddy as a teenager by the time I headed to the show here in Philly on Monday. And I was even giddier when Eddie Van Halen positively tore shit up like he hasn’t in years.

(I was less giddy when I woke up Tuesday morning. That last shot someone bought for me? Totally uncalled for.)