Hey, you guys! How’s it going? Me? No, I didn’t die; I’ve just been trying desperately to make the minimum monthly payments on my Mt. Everest-sized pile of debt … and since my mad website-building skillz currently pay more than my mad blogging skillz, I’ve been focusing as of late on the former endeavor … which explains why I currently am in Boston attending An Event Apart, a conference for people who build websites. 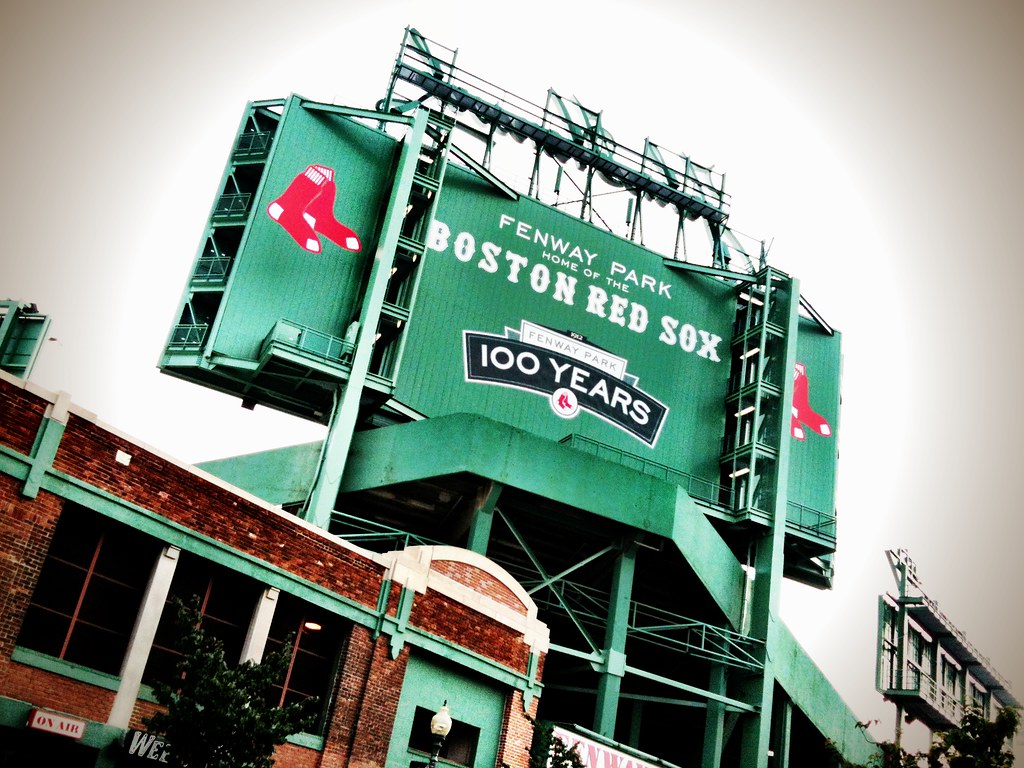 The best part about hitting last night’s Red Sox game with my Dad? He paid for it.

Now, as with any plan involving my Dad, there was a high probability of confusion and chaos … which is why, when he called me from a stranger’s phone 40 minutes prior to game time and left me a voicemail saying that he’d forgotten his own phone at home, I was convinced that the likelihood of him and I finding each other in the mayhem outside of Fenway Park prior to, say, the 7th inning was anorexically slim.

(And for those of you asking: “Why didn’t you just answer your phone when it rang, dumb ass?” Well, firstly: I don’t appreciate being called a dumb ass. Secondly: I rarely answer my phone when I do recognize the caller’s phone number … but when I don’t recognize the caller’s phone number? The caller stands a better chance of contacting me via carrier pigeon.)

And so it was that I hunkered down at my favorite pregame watering hole, ordered up a delicious Fenway Pale Ale … 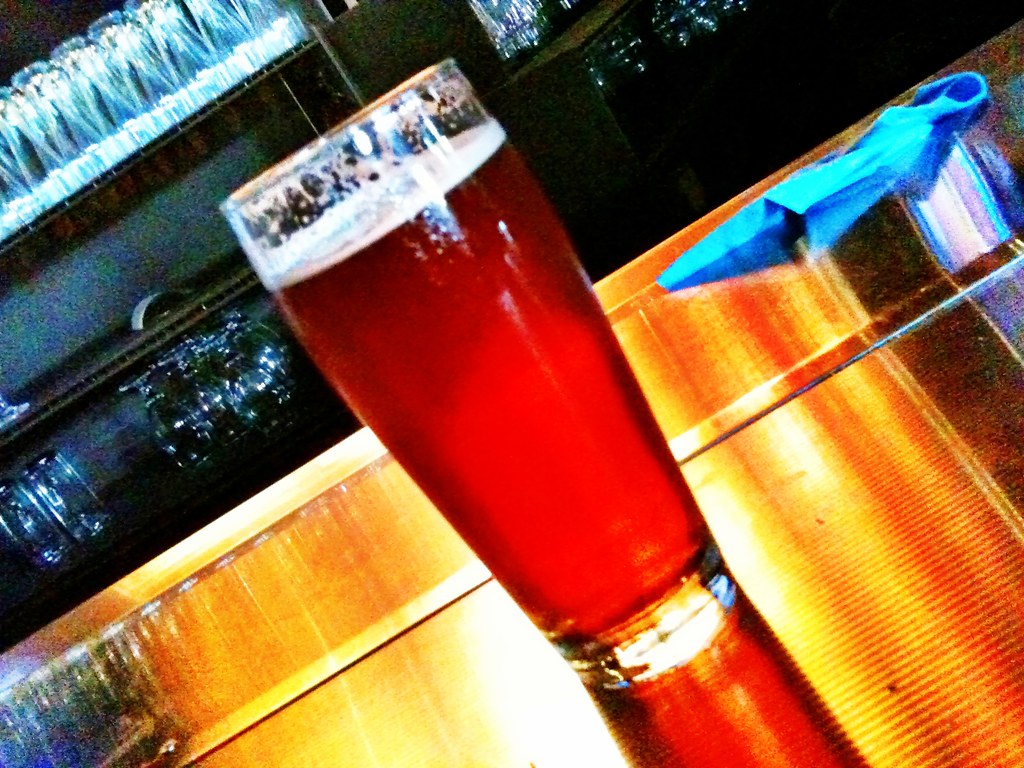 … and prepared to watch the first six-or-so innings on the flat screen hanging over the bar.

You guys: Life really is full of surprises: 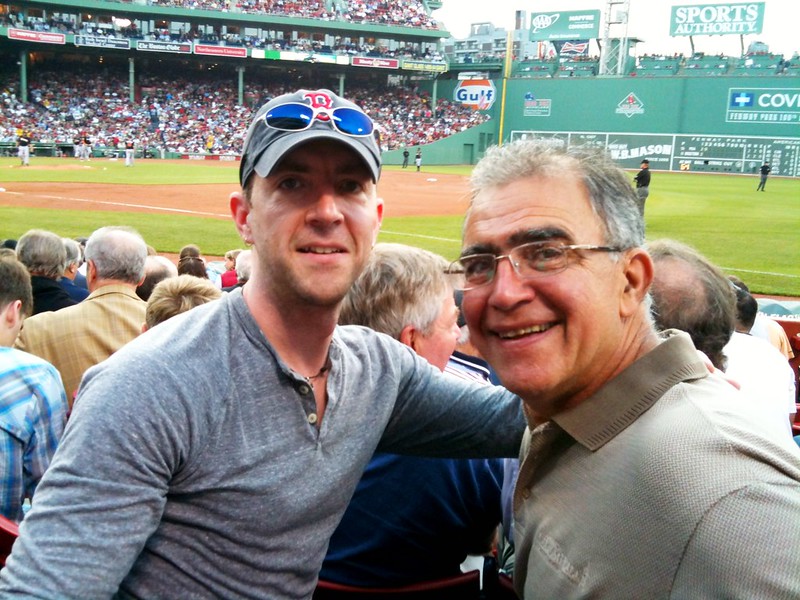 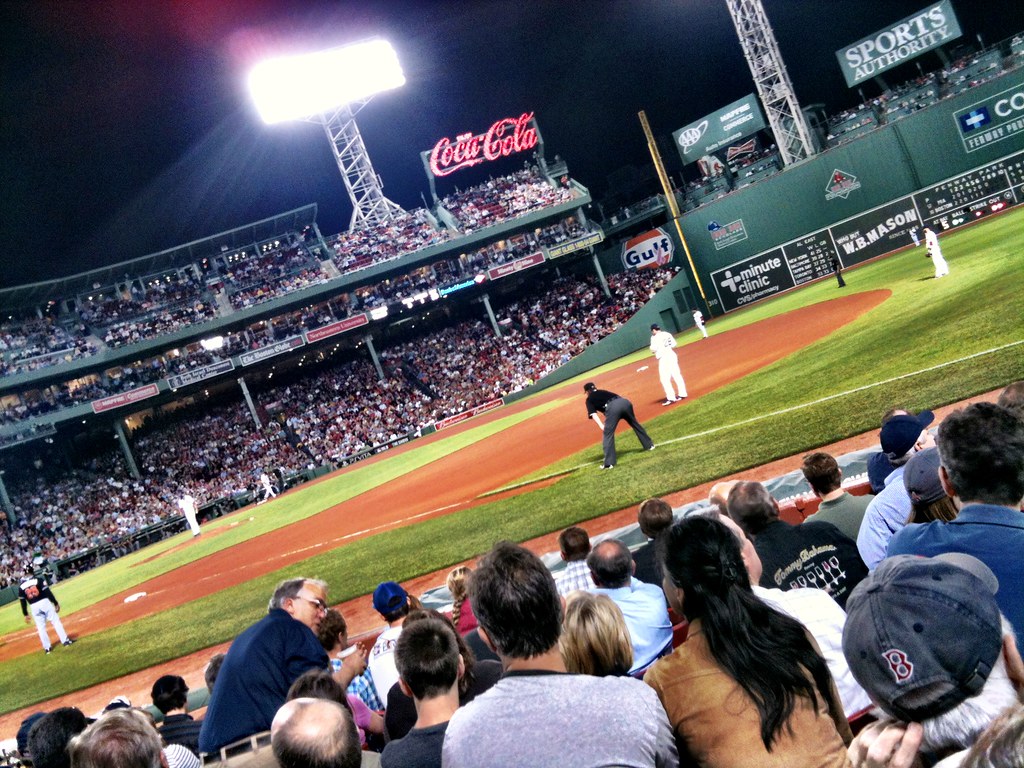 … and what you have is a Hallmark-worthy evening of father-and-son bonding.

Thanks for the corrective experience, Pop!