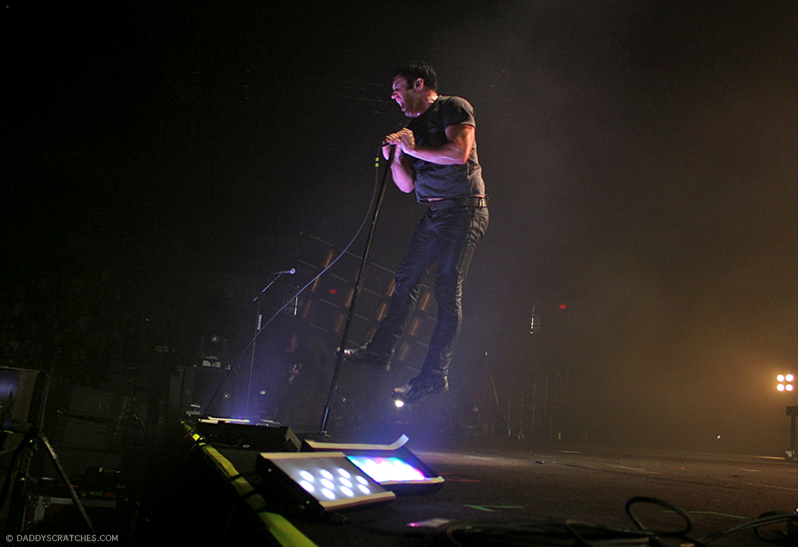 OK, this is the last NIN picture that I’ll force-feed you in Photo of the Day, but I couldn’t resist putting it up. Like most of the NIN pics I shot, it’s not super-high quality … but, dude: he’s airborne.

I had no idea when I took this shot that I had captured Trent launching himself skyward; I was just snapping like a madman and hoping to end up with something salvageable. I think I took almost 250 photos, and boiled it down to just over 40.

This is what happens when a concert reviewer pretends to be a concert photographer.