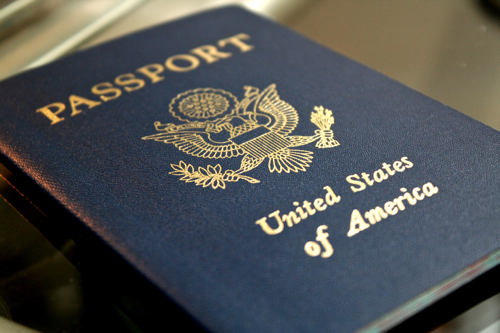 In my mind, I am a worldly, tuxedo-wearing, international man of mystery, jetting to and fro, blending seamlessly with my surroundings … by all appearances a high-class, streetwise native of whatever far-flung, exotic locale in which I find myself.

In reality, I rarely leave the house.

But I have a passport. Oh yes, a passport. A passport with which I could gain entry to any country of my choosing. France, for example.

It was in December of 2001 when I secured my first and only passport. Somehow, despite being a bona fide adventurous, carpe diem kinda guy, I had managed to make it through more than three decades on earth without needing one. Embarrassing … but I’m also the guy who grew up 250 miles away from New York City and never got there until I was 25 years old.

Truth is, until I reached my 30s, I had no interest in going anywhere other than Florida, Mexico or the Caribbean. (This should offer some insight as to why, when I step outside lately, I say things out loud to myself like, “Oh yeah! Snow and ice, baby! This is great! Let’s live in New England! BRILLIANT IDEA, DUMB ASS!)

But then, in early 2002, I got my big chance to finally experience Europe. France, to be exact. And not just France, but Paris. Gay Paris, as they say.

My brother was, at the time, living in Paris, and my wife and I had made plans to experience the city with both him and his Parisian then-girlfriend, and how cool would that have been? Our own native tour guide … whose family also has a home in the beautiful coastal region of Brittany, to which we had planned to travel by train, and can you even imagine the unbridled awesomeness?

And then I got laid off two weeks before our departure, and instead of being old enough and wise enough to say, “Nice! Let’s extend our vacation! I have no reason to rush home!,” I instead panicked and canceled the trip because, “Omigod I must immediately find another hamster wheel to jump on!” But, hey, no problem, we were still young and childless and renting instead of owning and there would be plenty of time to travel and experience the world before we got bogged down in parenthood and home-“ownership” (Ha-ha! As if we actually own this place! BWAHAHAHAHA!), right?

And here it is, eight years later, and do you see the passport shown above? Let me share with you how many customs stamps appear on the pages contained therein: ZERO. ZILCH. NADA. NONE. 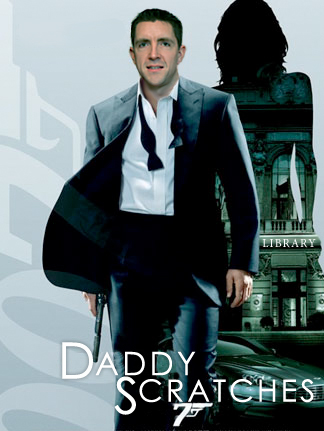 But today, my friends … today, I finally got to use my passport. Yes, that’s right: the very official-looking woman in charge needed to see it … and being the experienced world traveler that I am, well, I suavely and nonchalantly slid it across the desk so that she could peruse it and confirm that the dashing man in front of her — by all appearances, a handsome, 007-like spy — was, in fact, who he said he was.

And then she issued me my replacement library card.

I kept thinking I was going to find my wallet, which has been missing since last weekend. It’s gone missing before … or, rather, I’ve lost it before … because that’s just something I have a tendency to do with great frequency (see previous entry about my ADHD). But then I got an email from my bank that contained the “site-key unlock code” that I had apparently requested at 11:31 p.m. Wednesday night … except that I wasn’t doing any online banking at 11:31 p.m. on Wednesday night.

But I got to use my passport. Now if only I could get to Europe. *sigh*