Here’s that fish I mentioned 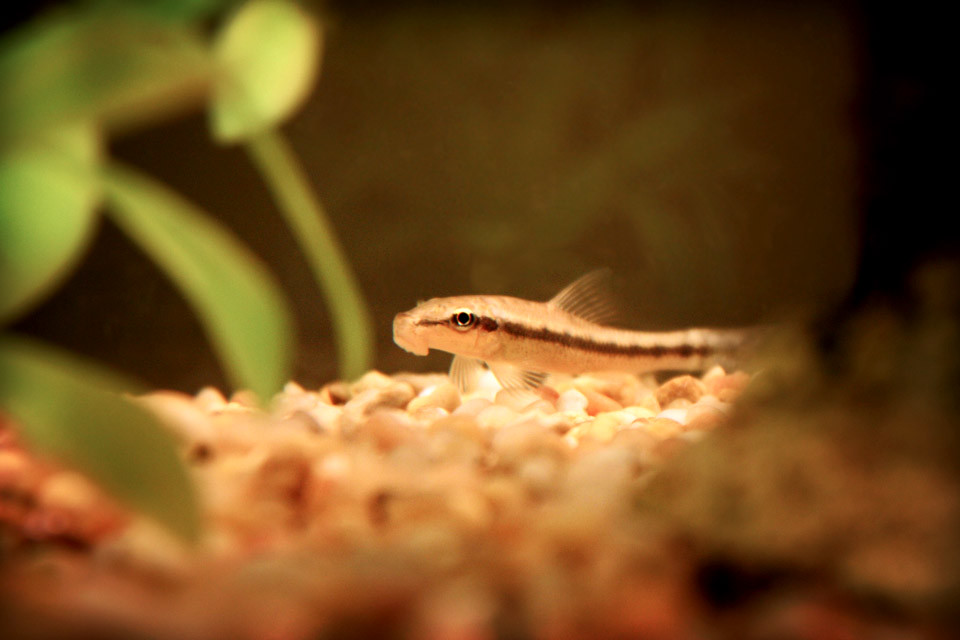 Remember that fish tank I told you about last fall? Well, amazingly, all six fish we started out with are still alive. I consider this a miracle on par with the resurrection.

Not so many days later, I noticed that the greenish-brown crud was growing on everything again. And despite being borderline OCD and completely anal-retentive, I sure as shit wasn’t going through the whole empty-the-tank-and-scrub-the-rocks thing again. So, in seeking an alternative solution to controlling our algae problem, I purchased the dude you see above, who is known as an “algae eater.”

Within 24 hours of dropping him in the tank, he had cleaned up all the algae. He now represents the best 99¢ I’ve ever spent.

Zan, who was with me when I bought the algae eater, right away named him Sucky … and because the name was so accurate based on the way he uses his mouth to suction himself onto everything in sight, and because Zan had no inkling of the word’s negative connotation, I really couldn’t think of a good reason to object.

Speaking of sucky … did I mention that illness continues to plague my household? After sleeping on the couch last night, I spent the first half of the day at home with the kids while my wife went to the doctor. After she returned, I took both kids to the pediatrician. All three of them are now taking antibiotics. Amazingly, I have not fallen ill despite being immersed in this germ factory for the past six days. (And I’m sure I’ll regret announcing that. Please pretend I never said anything.)

One week from tonight, we’re driving up to Boston to visit my family and attend a wedding. If I actually make it from now through the end of that visit without getting sick, I might have to reassess my position on the existence of God.