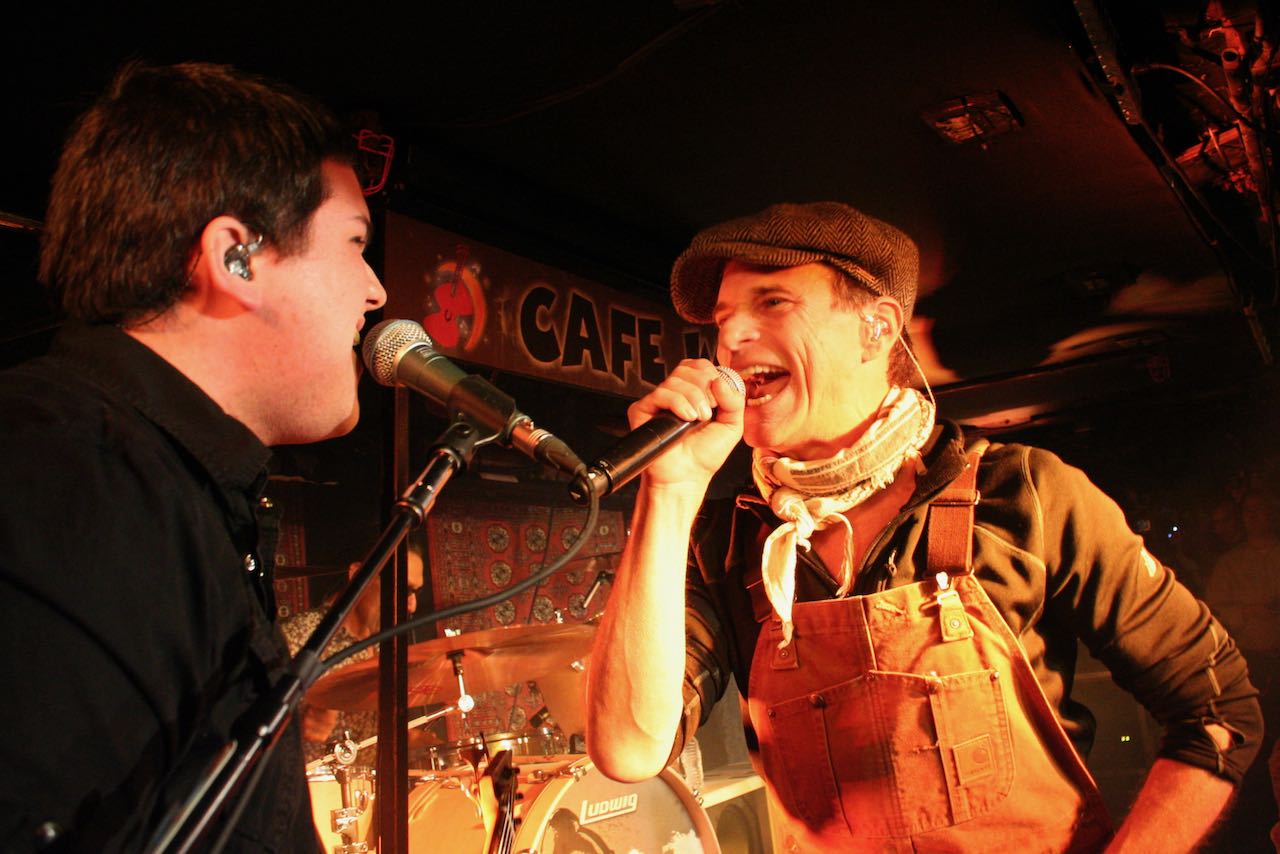 Originally published on Jan. 6, 2012 at SoundSpike.com

Halfway through Van Halen’s blistering Thursday night (1/5) set at New York City’s Cafe Wha?, reinstated frontman David Lee Roth posed a question to the crowd: “Have you noticed that Van Halen fans have decided they’ve had a great time [at the show], like, three weeks in advance?”

Though said in jest, Roth’s query underscored the savvy of Van Halen’s decision to pave the way for its new album and tour by performing in a tiny room for about 250 music journalists and industry insiders; before ever setting foot on the venue’s minuscule stage, the group had won the favor of anyone lucky enough to receive a highly coveted invitation to the exclusive event.

Thankfully, the band gave the crowd more than just bragging rights by blazing through an impressive hourlong set that was stacked with classic hits, and that also included a new song expected to appear on next month’s “A Different Kind of Truth,” Van Halen’s first new album with Roth in almost 30 years.

The group chose Cafe Wha? for its coming-out party not only to generate hype, but also because of a family connection: Roth’s 92-year-old uncle Manny, who was in attendance Thursday night, is the former owner.

Roth recalled first visiting the club when he was seven years old, and spoke of dreaming at the time that he would one day grace its stage.

After opening with a crowd-rousing rendition of The Kinks’ “You Really Got Me,” the group segued into “Runnin’ With the Devil,” the thumping bass intro to which placed all eyes on Wolfgang Van Halen, Eddie Van Halen’s son, who replaced original bassist Michael Anthony prior to Van Halen’s 2007/2008 world tour. Though not yet the showman his predecessor is, the 20-year-old — whose playing was overwhelmingly noticeable in the bass-heavy mix — truly proved he has the chops to round out the rhythm section in one of rock and roll’s most legendary bands.

At no point during the night were Wolfgang’s bass licks more noticeable than when the band broke out “She’s the Woman,” a raucous cut from the forthcoming “A Different Kind of Truth.” If the song — a demo version of which the band recorded back in the ’70s — is indicative of the material on the forthcoming album, fans can expect the set to be well worth the decades-long wait.

Seated behind a significantly pared-down version of his usual drum kit, Alex Van Halen was his always-thunderous self, and particularly shined on percussion-heavy tracks such as “Everybody Wants Some” and “Hot for Teacher.”

Eddie Van Halen, meanwhile, did what he always does … which is to say he played guitar like Eddie Van Halen. And that was more than enough.

Roth displayed his usual ebullience, grinning like the Cheshire cat throughout the set and feeding off the crowd’s adoration. Though his vocals do show signs of age and were somewhat lost in the mix (understandable given the size of the room), the veteran frontman clearly brought his “A” game. If anything, the athletic and characteristically flamboyant singer’s performance was limited by the matchbox-sized playing area; wall to wall, the entire club is about as big as the stage the band will grace during its upcoming arena tour.

“The last time I stood on a stage this low, we had to have the car back by midnight,” Roth quipped at one point.

As was the case on its 2007/2008 tour, the band ended the night with its hit “Jump” — this despite a set list that showed “Beautiful Girls” and “Unchained” would follow. Why those final two numbers were scrapped is a mystery, but it’s a safe bet fans can expect to hear both when the group hits the road next month.