Despite his guilt, the criminal in the White House feigns innocence and behaves in a manner that is not only indignant, but downright belligerent. He incites his followers, attacks his own Justice Department, calls the investigation a “witch hunt,” and accuses the Democratic party and the press of carrying out a baseless vendetta against him.

His ploy works … with some. His most ardent followers send him messages. “We believe in your innocence,” writes one. “Give them hell — the press and the liberals are out to get you and all conservatives.”

“I’m sick of what the media and the Democrats are doing,” writes another. “They lost and [they] can’t take it.”

“Give the goddamned sons-of-bitches hell,” offers a third. “It’s a good thing somebody in Washington has guts enough to say something and fight back.” This elicits a response from the criminal in the White House, who replies: “Thank you for your very kind [words] — and for your excellent advice! Warm regards.”

The criminal believes he is shielded from indictment for his crimes because of the high office he holds. Not everyone agrees … particularly the prosecutors investigating him, who have incontrovertible proof of his crimes.

Easy to imagine, right? The situation to which I am referring, however, is not the dumpster fire currently taking place in real time; it is one that happened decades ago and was played through to its conclusion — a conclusion that suggests a possible end game for the Trump presidency.

Did you do your homework? Did you listen to Rachel Maddow’s “Bag Man” podcast as instructed at the end of Part 1? I hope you did. I mean, I gave you more than a month to do so. (Yes, of course that’s why I waited so long to write Part 2. All part of the plan. It certainly wasn’t because I’m an ADHD-afflicted procrastinator who struggles to pry myself away from Twitter long enough to bang out something more substantial than 280 characters.)

If you did, in fact, listen to “Bag Man,” then you know that the criminal in the White House to whom I’ve been referring was Nixon’s vice president, Spiro Agnew — who, at the same time Nixon was under investigation for Watergate, was the target of a separate investigation for crimes of his own. And while Watergate is the scandal to which many people turn when looking for something comparable to Trump’s scandal-ridden presidency, Agnew’s downfall might prove to be the better analogy.

As noted in Part 1, the difficulty with comparing Trump to Nixon is this: Richard Nixon was a politician who committed a crime, while Donald Trump is a garbage bag full of crimes shaped like a person pretending to be a politician. Spiro Agnew, however, occupied a space somewhere between the two: less of a D.C. fixture than Nixon, but more of a legitimate politician than Trump; more of a clearly defined criminal than Nixon, but less of an illiterate carnival barker than Trump.

It has been clear all along that neither the facts nor the law favor Trump — which explains his constant table pounding and nonsensical yelling. (See also: Rudy Giuliani.) And although Agnew had a better grasp of the English language than does the 72-year-old toddler currently occupying the Oval Office, he, too, was on equally bad terms with both the facts and the law — which is why he, too, did no small amount of yelling and table pounding.

Agnew called the charges against him “damned lies.” He accused the Justice Department of trying to “indict [him] in the press” by leaking the news that he was being investigated for possible bribery, extortion, fraud and conspiracy.

“I want to make another thing so clear that it cannot be mistaken in the future,” Agnew told a crowd of supporters in September of 1973. “Because of these tactics which have been employed against me, because small and fearful men have been frightened into furnishing evidence against me — they have perjured themselves in many cases, it’s my understanding — I will not resign if indicted! I will not resign if indicted!”

And yet, despite all of his bluster, one month after making that proclamation, Agnew did what most loudmouths do when their bluff finally is called: he folded.

Federal prosecutors who had gathered evidence of Agnew’s crimes (which literally included taking cash bribes while standing in the White House) were prepared to issue a 40-count indictment against him — and, as Agnew himself apparently realized, they would likely have convicted him at trial. Their objective, however, was complicated by the fact that Nixon’s presidency appeared to be heading toward a premature end, and if Nixon was pushed out of office before prosecutors could successfully convict Agnew, then Agnew — a man who they knew was a criminal — would ascend to the Oval Office. And so, with the clock ticking, they cut a deal that allowed Agnew to plead guilty to a lesser crime and avoid a prison sentence in exchange for his resignation from the vice presidency.

Ten months later, with impeachment looming and his conviction in the Senate guaranteed, Nixon followed.

Nixon had the decency to resign rather than drag the country through an impeachment trial. Agnew had enough sense to make a deal rather than risk going to jail. Trump, however, is a man devoid of both decency and sense … but what he does have is something that neither Nixon nor Agnew did: a monarchical penchant for nepotism that all but guarantees his wretched offspring are in a great deal of legal peril themselves.

I do not believe Trump has the decency to resign if impeached, nor do I believe he has the good sense required to simply cut a deal on his own behalf. I do, however, think that he may — MAY — possess just barely enough humanity to spare his children of years in prison, spare his grandchildren of the burden of growing up with incarcerated parents, and, most importantly, spare himself from having to live with the knowledge that his stupidity destroyed the lives of the only people he sort-of cares about.

When the Special Prosecutor …

and the U.S. Attorney’s Office of the Southern District of New York …

When Don Jr. and Eric are confronted with the news that federal penitentiaries stock neither hair gel nor heavily sedated exotic animals that they can murder … 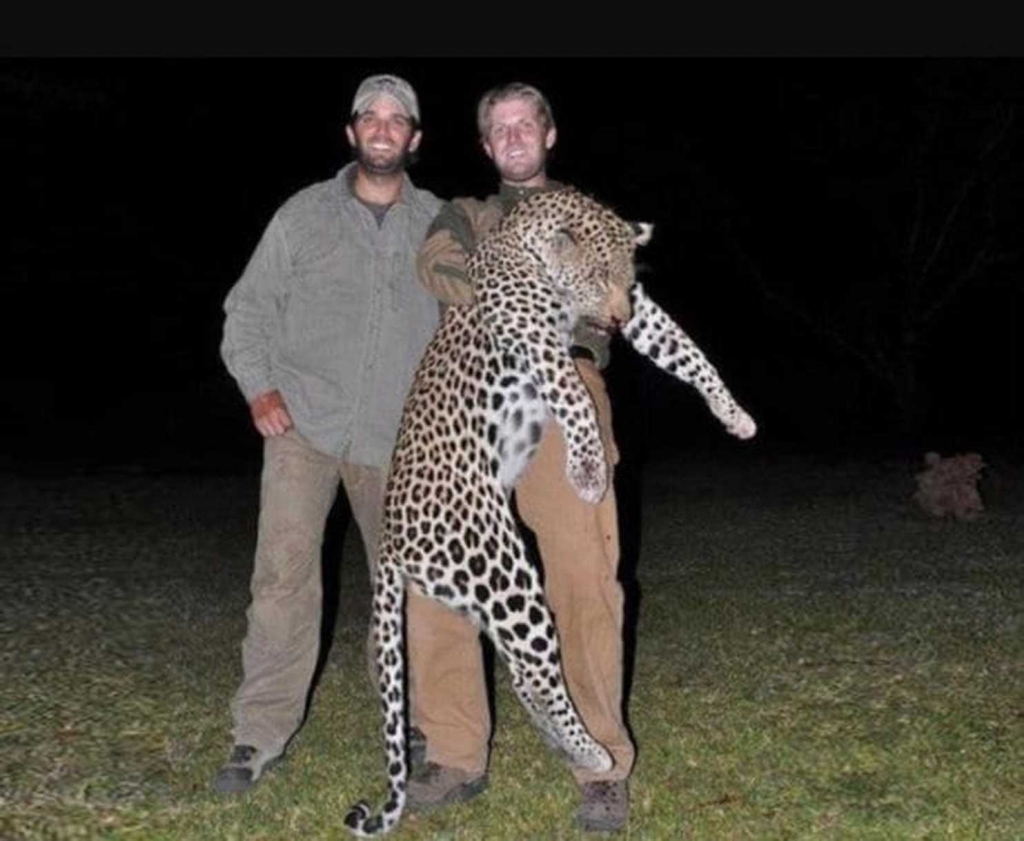 When Jared and Ivanka are faced with the nightmare of a life without half-decaf chai lattes and a wardrobe comprised solely of orange jumpsuits made with coarse, inexpensive, non-organic fibers …

When that tsunami of doomsday scenarios arrives, and Donald Trump is given the chance to make it all go away simply by packing his shit and surrendering an office he never really wanted to hold in the first place …

I believe he will opt to return to his tacky Manhattan penthouse, where he can yell at the TV and tweet for however much longer it takes for the Big Macs to finally clog his arteries and stop whatever cold and rancid organ occupies the space where his heart should be.

Yes, it’s true that such a scenario would deny us the immense pleasure of seeing this family of spoiled, smug, entitled grifters get the comeuppance they so richly deserve … of seeing Junior and Eric ugly cry at their sentencing … of watching Melania try to stifle her smile as the judge sends Trump to live out his final days in a prison cell … and, perhaps saddest of all, it would deny us the chance to finally find out just what that thing on top of Trump’s head looks like when he no longer has access to the massive, ozone-depleting quantities of hairspray required to sculpt that poor, tortured pelt into something that vaguely resembles hair … but I would be willing to forego those delights if it meant that he no longer was in a position to cheapen, embarrass and defile the presidency of the United States.