Lighten up? Really? You want me to lighten up? Because here’s the thing: Fuck you; I’m all out of “Lighten up.”

A well-regulated militia, being necessary to the security of a free State, the right of the people to keep and bear arms, shall not be infringed.”

News flash: A “well-regulated militia” doesn’t mean “every flaming asshole with insecure feelings about his penis” or “every rich divorcee who thinks it would be fun to buy a military-grade assault rifle and join the local target club” … and it most certainly doesn’t mean people like this douche canoe: 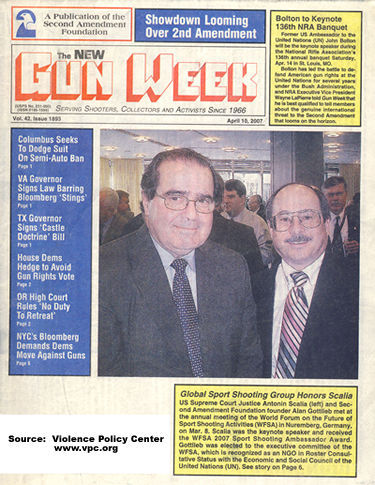 We have a responsibility to each other as a society to do something about our out-of-control gun culture. When you live in a country where those beautiful, innocent, happy little kids are getting gunned down by some monster toting a military-grade assault rifle, you can rest assured that YOU’RE DOING IT WRONG. And all you gun nuts who say otherwise should get a clue … because using the argument that you must have your own private arsenal just in case you need to overthrow the government is beyond ridiculous.

Gun nuts in my replies: “We can’t haz no common-sense gun control o’ any kind cuz we might hafta ovathrow the guvment!”

You see, the thing is: The rest of us common-sense-having types aren’t nearly as afraid of the government as we are of you dumb, untrained, unrealistic-hero-fantasy-having motherfuckers with your assault weapons and concealed handguns.